Indian manufacturer Micromax is known for two things, affordable featurephones/Android smartphones and roping in X-Men star Hugh Jackman as their brand ambassador. Now, they will also be known as the first Indian manufacturer to launch Windows Phone smartphones! Microsoft recently announced new OEMs who’ve signed on to produce Windows Phones, and apart from new Chinese and French manufacturers, our very own Micromax, XOLO and Celkon are all set to bring their offerings into the market. Celkon and XOLO are slated to introduce their Windows Phone devices by next month. The two new devices from Micromax are firmly in the budget range, and will be the new entry point to the Windows Phone ecosystem, at least in India. Here’s more about the new Windows Phones from Micromax! 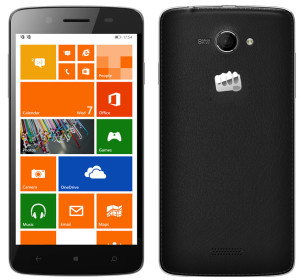 Among the two, the Canvas Win W121 is the more powerful, packing in a 5 inch IPS LCD HD screen, 8 MP camera, dual SIM functionality, expandable storage and a 2 MP front camera. For the price, it’s offering quite a lot, more so than its closest counterpart, the Nokia Lumia 525. It runs Windows Phone 8.1 out of the box, and looks pretty good, with a faux leather finish on the back, and a Nexus 5 like front. Here’s the full specs: 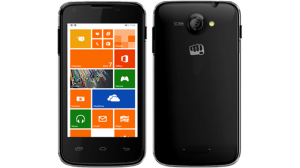 The Micromax Canvas Win W092 is all set to become the most pocket friendly Windows Phone device on the market, and still packs quite a punch. Using the same chipset as its big brother, the Canvas Win W092 will instead come with a 4 inch WVGA screen, a 5 MP rear snapper, expandable storage and also features dual SIM functionality. It will also run Windows Phone 8.1 out of the box. Here’s the full specsheet:

Micromax has plans to launch even more Windows Phones in the near future, and will supposedly launch a more powerful device in the coming months. For now though, the Canvas Win W121 and Canvas Win W092 seem like a really great alternative to budget Android phones, and is sure to win over some consumers who are apprehensive about moving to a lesser known mobile operating system, at least in India. The great pricing is a definite strength here, and in a price conscious market such as India, it’s an important first step.