Let’s talk about DotA or in that case – DotA 2. Firstly, DotA and DotA 2 aren’t much different from each other in terms of in-game mechanics. Still, a lot of professional players like ZSMJ from LGD, Yaphets from Nirvana.cn find it really hard to get used to DotA 2 and find it very different from DotA. Why? Why are world class top gamers feeling so different when the game mechanics are exactly same? The answer is, the depth of the graphics and different animation mechanisms. For example, Beastmaster (Rexxar) in DotA is pretty hefty and huge but has a fairly faster attack speed. But, in DotA 2 , Rexxar has comparatively smaller body structure and looks slim, apart from that, the animation mechanism of Rexxar in DotA 2 is completely different from each other. So even the world class gamers find it hard to get the last hit right. They don’t feel that bad ass anymore when they miss that bounty fetching creeps. 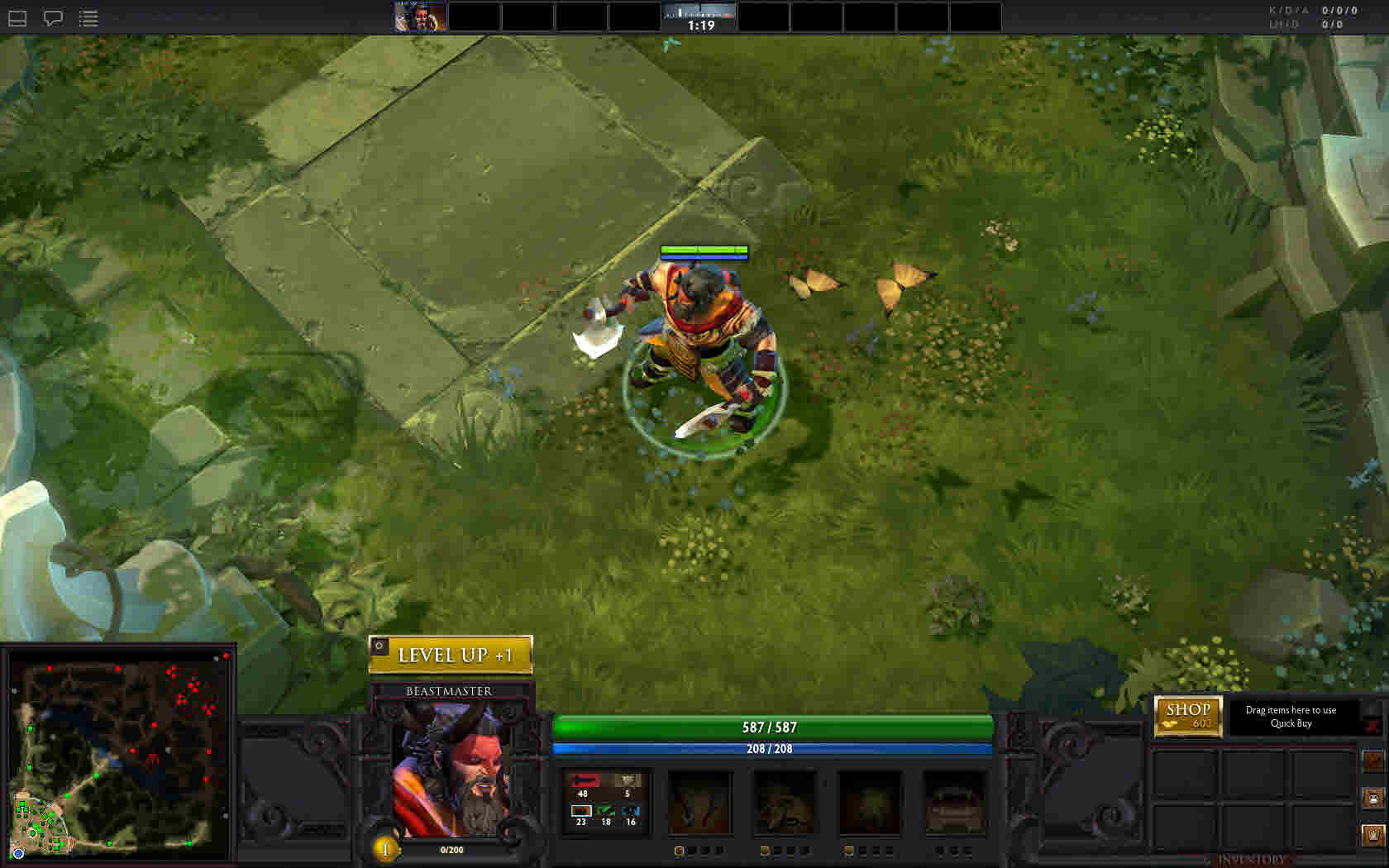 Apart from the animation mechanisms, everything else is just the same and the migrating players need to worry about one and only one thing- Getting used to the visual environment and the in depth graphics. So be ready to spend those hundreds of hours into the game, its going to be a whole new experience once again. We already gave 25 DotA 2 – Beta Keys in a Giveaway for our readers. Since the game is about to release,we have stopped giving the Dota 2 Beta Keys. Please drop us a comment if you need one. 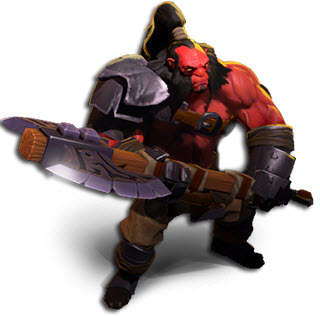 Basically at the start of the game, you pick a hero which is obvious, I’m gonna assume that new players to DotA 2 are reading this, so experienced players can skip what might seem unnecessary. Every player controls his own hero, and any other units that particular hero controls (Lycan’s wolves, controlled by Lycan). Every hero gains experience when an enemy or a neutral unit (including Roshan) is killed and level up when the required experience is gained prerequisite to the next level. Every hero starts at Level 1 and can Level up upto Level 25. Where a hero can learn a new ability/skill or increase the attribute points if he wishes.

Heroes in Dota 2 belong to three different types of categories. They are,

What are attributes? Attributes are points that are assigned to heroes by leveling up or by building up items. The more the attribute values are, the more powerful the hero becomes. You can increase the attribute points of your choice. You increase the strength, your hero gains more HP. You increase Agility points, your hero gains attack speed and armor (1 armor for every 7 points). If the primary attribute is increased, you get an additional attack bonus for your hero. So this is mostly invested for the carries or tanks depending on the team strategies and play styles.

Let us try and understand hero attributes better. How does each attribute point affect your hero?

Note: Items can give additional attributes for your hero for an enhanced powerful gameplay and better flexibility in casting spells.

Abilities are your skills that are used to win ganks, by offending or defending your team. Each hero has basically 4 abilities, some hero’s have exceptionally a lot of abilities, like Invoker. One of the skills, the 4th one is your ultimate skills, if used well, they can be game turning and give you pretty good advantage in overpowering your foes. Every ability consume mana ( Some don’t, Example – time lapse). And all the abilities have cooldown, some have very less and some have very high cooldowns, CD for short.

Hero Level for an ultimate ( exception-invoker)

When an enemy unit, neutral or Roshan dies. A hero around 1200 Aoe (Area of effect) radius area around it are awarded with experience, if multiple heroes are in that area, experience is shared and split among those heroes. 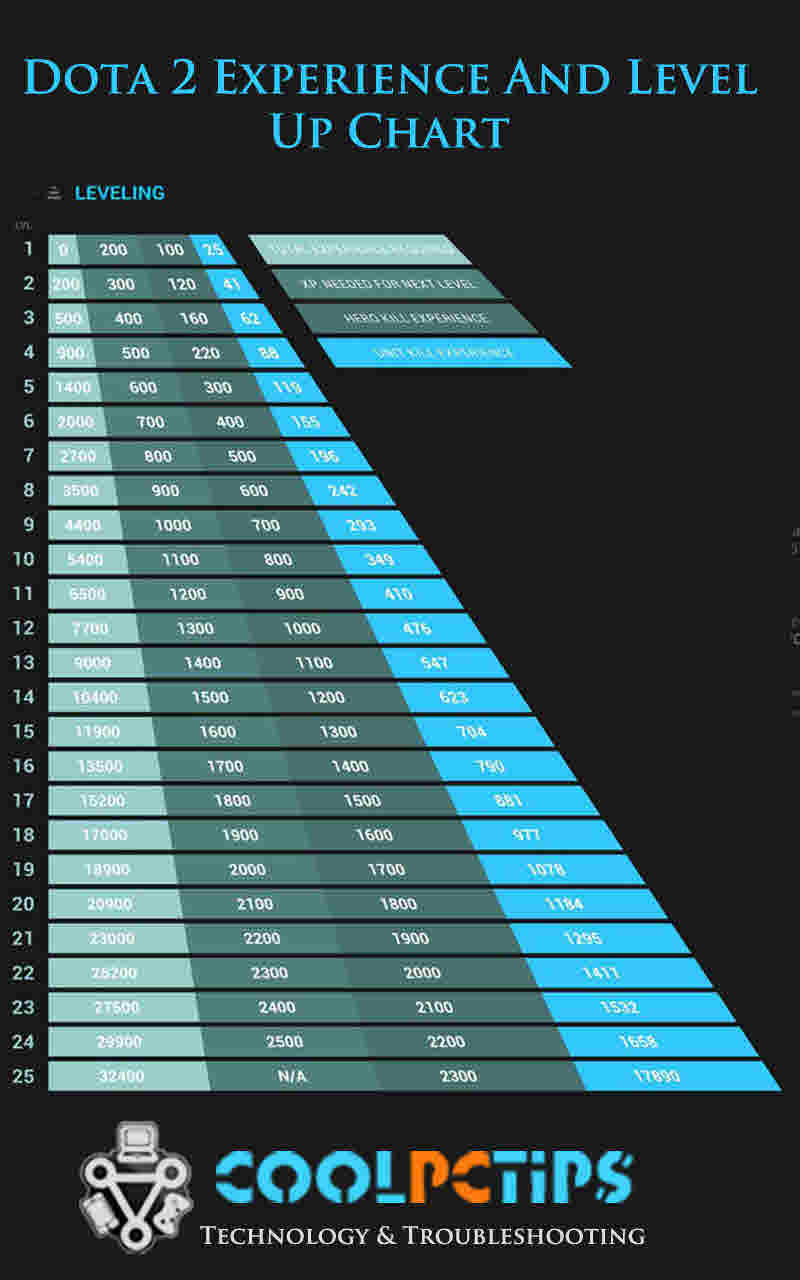 The value of armor that a hero determines the amount of physical damage taken. It determines if the damage will be increased or decreased.

Types of Armors in Dota 2:

Unit Armor: Default armor that most of the Non hero units posses in the game, this includes the creeps of the Radiant and Dire.
Fortified Armor: Building and Tower armor.
Hero Armor: All the heroes have this armor.

For all the curious people who are more interested in how damage is reduced or increased, a formula is used and the resultant is the actual damage that is taken by the hero or any unit after the effects of armor are applied.

The magical resistance will allow hero to take reduced damage from magic spells. All the heroes have 25% magic reduction initially. Items can be used to increase the damage taken by the enemies or reduce the magical damage taken by you and your team.

Creep control determines how well you control the game, having creeps in favor of your team can ensure your team an easy victory. It is one of the most important skill that is required by the players to win games.Let us discuss creep control in detail.

Last Hitting: Last hitting a creep,hero, or a tower is the only way to farm and build powerful inventory.
Denying: Denying a creep or tower will prevent your enemy from getting the last hit and gaining that precious gold and experience.

Note: You can start denying a creep once it is under 40% health.

Blocking the creeps while they traverse through their path so as to maintain the equilibrium favoring your team so your carry can farm.

Creep pulling is the term used by the DotA players, the neutral creeps are provoked and lured into the lanes when the lane creeps are approaching, this makes your lane creeps target the neutral creeps and attack them, this ensures that the enemies have a push. This also allows a hero that is pulling gain experience and extra gold. Also, creep pulling ensures that your enemies have a push increasing your capability to gank them well. This denies the enemies from gaining gold and experience from your creeps.

DotA 2 has damage dealing blows of different types. They are,

Importance of More Gold in Dota 2:

The only reason for you to farm, is to gain gold and build powerful inventories that help you win those ganks and help push later games and kill enemy heroes with ease.

Unreliable gold- Gold that you gained by killing creeps, towers and neutral creeps. This gold will be deducted and be rewarded to the enemies when they kill you.

Reliable Gold– Gold that you are rewarded by killing an enemy hero, this gold wont be given away to your enemies why you are killed by them

Ancients are the main structures that each team must destroy, a team which destroys the enemy’s ancient first will be declared as the winner. It is the most powerful structure,it is also guarded by 2 Towers that need to be destroyed first in order to destroy the ancient. The ancient remains invulnerable until the Towers are destroyed. The ancients have 4250 HP and 15 Armor.

Towers are the defensive structures that guard every lane. Both the team have equal towers, they need to be destroyed in order to push lane and force yourself into the enemy’s base. They fire high damage projectiles at nearby enemies.

The fountains are the structures that regenerate the hero’s health and mana when nearby. They rapidly attack enemies that come near to it with a damage of around 190- 199 damage. Fountains also refill an empty bottle which can be used by heroes during battles.

Barracks are located inside each fractions base. There are two types of barracks, the melee type and the ranged type barracks.

Roles of Heroes in a Dota 2 Team Game:

A ganker is basically a disabler, he is responsible for lane control and harassing heroes. He makes sure that the opponent carrys don’t farm. Lion, vengi etc are gankers.

The one who does nothing but push tower building up pressure on the opponents while the other team mates keep the opponents busy in ganks. Generally the pusher solos, enabling him to free farm and push towers as well adding bounty to the whole team. Lycan, Furion,Chen etc are pushers.

The one who initiates the battles and has the ability to do most damage and take most of the damage and sacrifice his life if necessary. Earthshaker with a blink dagger is an awesome initiator doing more than half damage when the enemy team is pushing a lane. Initiators can give a headstart to gankers and overpower their foes very easily.

Carrys are the heroes that farm as much as possible, They are late game heros, once farmed they become very hard to kill. Heros like spectre, drow, sniper etc are carrys. They have very good pushing abilities if farmed well and can overpower whole team if played well.

Tank heros are the Strength heros that build items such as Vanguard, hood , pipe etc. They take maximum amount of damage from the opponents rendering all the skills of their opponents to be in cooldown mode allowing the other team members to attack the enemies leaving them defenseless.

Supports are baby sitters for the carrys.They make sure that the carrys or the team members are safe from ganks. It is one of the most important roles for a hero in a team to play, without a proper support, it is impossible to win ganks.

Junglers are the heroes who start out killing neutral creeps from the game start itself. Naix, Enchantress, Furion and Syllabear are the best junglers that are commonly chosen.

That’s it for now, you now know almost all the basics to get you started on your journey to become a Professional Dota 2 player. Hope you enjoyed this post, stay subscribed to us for more awesome posts that might prove a lot helpful. If you need any help in Dota 2, you can drop us a comment below.