Google wants you to be connected wherever you go. As hinted by Sundar Pichai at the Mobile World Congress a little over a month ago, the ‘Nexus’ of mobile phone networks is finally here. While most anticipated a simple and affordable traditional network, Google went ahead and launched something much more ambitious, and actually quite smart. Project Fi is deceptively simple, yet extremely useful. It basically combines mobile phone networks and public WiFi hotspots to keep you connected seamlessly, wherever you go. As of now, it’s only in the United States, on one device and on two networks, but the idea sounds very interesting. Here’s what you need to know about Google Project Fi! 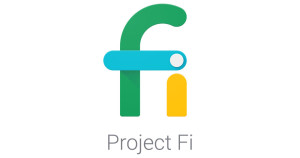 Project Fi was created with uninterrupted connectivity in mind. Why compromise on connection speed just because you aren’t at home or in an optimally covered network area from your provider? And it just isn’t about internet either, even calls will be switching between different types of networks, depending on strength. Assume that you start a phonecall at home, and while traveling move to an area where another supported network is stronger. The connection will automatically and seamlessly switch, and everything will be curated by Google. So technically, there’s no new infrastructure or anything that’s usually associated with new mobile phone networks. Instead, Google will act as a conduit between mobile phone networks and public WiFi hotspots. For now, Project Fi will be using Sprint and T-Mobile’s infrastructure, which includes both cellphone networks and public WiFi hotspots.

As you can expect, Project Fi is still in a nascent stage, and isn’t available everywhere. For now, it’s available only on an invite basis, for Nexus 6 users. And of course, only in the United States. If you fit in all the criteria and want to score an invite, you can sign up here. Now, the hybridized network model is interesting in itself, but what’s more interesting is how much you can save on data costs. If you’re connected to WiFi most of the time, there’s not much need for mobile data, which is exactly what Project Fi is looking to do. The unique model lets you pay for (admittedly cheaper) data plans which include LTE, and unused data can be refunded the next month! Everyone who signs up for Project Fi, at a cost of 20$ gets unlimited domestic calls, unlimited United States and international texting, WiFi tethering and free data coverage in over 120 countries (the same ones that Sprint and T-Mobile provide roaming services for). Additional GB of data costs 10$, so you can pretty much wrap up your month’s phone expenses for less than 50$, and get faster connectivity. Project Fi’s model is practical yet affordable, and we can’t wait to see where it will go in the future. Of course, it requires a lot of infrastructure already set up, so in countries without common public WiFi hotspots, it might just turn into a network sharing service. So what do you think about it? Is it a game changer or just an experiment? Let us know!