Most of us use and trust only famous AV players like VLC Player, Media Player Classic, Windows Media Player, GOM Player, Winamp, KMPlayer and Etc for both good Audio and Video experience. We all know that how famous the above players are. We got used to them so closely that we don’t care of upgrading them or try to install a new version.All the above players which i mentioned are very good players which are stable and flexible. I want to mention some details about KMPlayer which is used by most of the people now a days. KMPlayer team were not upgrading there software from months and also some bugs and errors made people to shift to other players because of its some default errors and bugs which bothered people from using it consistently. 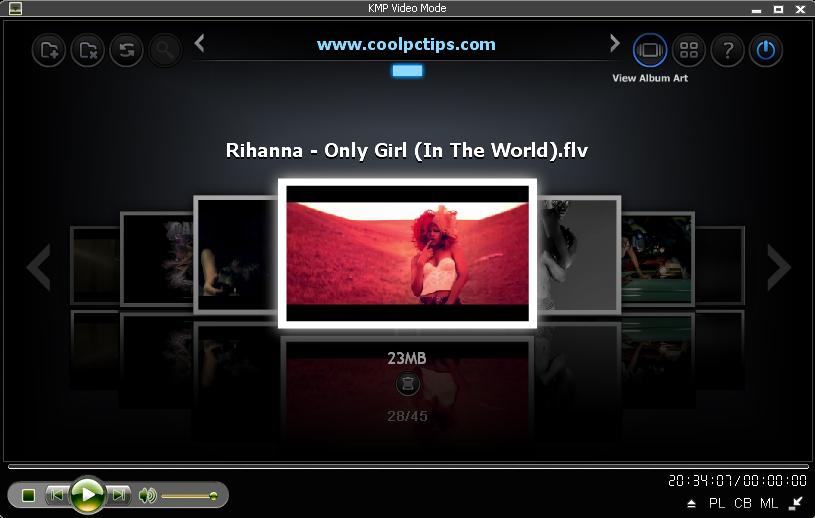 Actually KMPlayer was a Pandora TV product and most of the decisions were taken by Pandora TV management. Now the KMPlayer is separated from them and working individually to increase standard and put more focus on product. Since they have been recently working hard to correct the product bugs and errors, finally they have succeeded in releasing a new version of KMPlayer with more advanced features. The Improved KMPlayer 3.0.0.1439 is really challenging many of the other players. Lets see how it is improved and what made it more stable and consistent, here are some of the new KMPlayer features.

Apart from these modifications, the team has made tremendous changes the team is now working more on solving other bugs and errors. I have personally tried the new KMPlayer today and I was amazed to see its performance. Earlier it used to freeze a lot for MKV files and other hard files. Now its very stable and consistent. If you want to download the new KMPlayer or discuss the KMPlayer features, check out these links.

Note : KMplayer has no official website as per now. They have a very good forum where every one can register and share there experiences and problems.