Counter Strike Global Offensive is one of the most awaited games of 2012. Counter-Strike, the name itself evokes images of gamers huddled over their PC’s with headsets, barking orders to each other and frantically clicking, their eyes never leaving the monitor screen. It essentially defines multiplayer games. Go to a gaming cafe and you’re sure to find Counter-Strike, if not any other multiplayer games. Counter-Srike started off as a mod for Half-Life back in June 1999. It was developed by Minh Le and Jess Cliffe. The gaming community reacted extremely positively to it and it caught Valve Corporation’s eye, the developer of the Half-Life series. Pretty soon, Valve and the developers of the Counter-Strike mod teamed up and Counter-Strike was released as a stand alone game in a multiplayer games pack in November 2000. Again it proved hugely popular and the vast Counter-Strike multiplayer community expanded exponentially. Valve kept releasing updates and the game began to be included in tournaments and in a year or so became a mainstay of the multiplayer gaming community. Prizes for these tournament were in tens of thousands of dollars and Counter-Strike became a brand.

The basic premise is quite simple. Two teams battle against each other in maps to complete an objective depending on the game type. A time limit is usually imposed as well. The teams are Terrorist and Counter Terrorist. In the classic deathmatch mode, the first team to eliminate all of the opposing team members wins. Another mode is when the Terrorist team aims to plant a bomb at a certain point of the map and let it explode to win the game, whereas Counter Terrorists win by defusing the bomb or killing all opposing team members if the bomb is not planted. Though Counter-Strike started off as a mod, the standalone game also has a large community that develops new maps, skins etc. 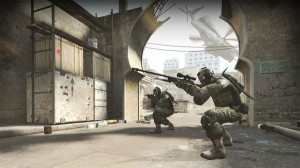 In March 2004, Counter-Strike: Condition Zero was released. It was the first Counter-Strike game with a single player campaign. It also included new maps, bots and updated graphics, but it was essentially the same game. November 2004 marked the release of Counter-Strike: Source. It was a major technological update and a refresh of game mechanics. It used the Source engine, which powered game of the year 2004, Half-Life 2. Counter-Strike: Source was basically a remake of the original game. But it wasn’t met with good reviews and most players weren’t happy with all the changes to the core gameplay. Even now, the original Counter-Strike is played more than Source and is used in major tournaments. 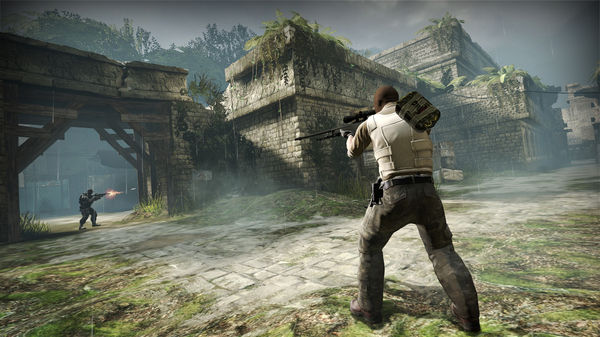 After a gap of over 7 years, a sequel to this hugely popular series has been announced and slated for an early 2012 release. Titled Counter-Strike: Global Offensive, it promises to deliver a long overdue proper addition to the Counter-Strike series which the large community will love. Also, it is the first cross-platform Counter-Strike game. It will be available on PC/Mac, PlayStation 3 and Xbox 360. Players using PC/Mac and PlayStation 3 can play against or with each other online. Global Offensive aims to be an evolution of the much loved original game, rather than a revolution like Counter-Strike: Source was.

Counter-Strike: Global Offensive features new game modes, weapons, maps, and characters. Along with new maps, classic maps like de_dust will be updated. A brand new mode is going to be added, called casual mode. In it, players can buy weapons each round for free, voice chat is available cross team and everyone can spectate everyone else. It’s mainly focused on newer and casual players, as the name suggests. Competitive mode is the mode most Counter-Strike players have been playing all these years, it includes round time limit, no spectating, no cross team chat and of course, limited money to buy and upgrade weapons.

The game graphics have been completely revamped and look much more realistic now. Small touches like bullet shells, gun smoke and recoil, visual variations between same model team members and characters dressing appropriately according to the environment make the game all the more immersive. New weapons will be introduced, including molotov cocktails, taser guns and grenades. The taser gun will be a single use, expensive weapon to instantly eradicate a player. Another interesting addition is a decoy, which is basically a bundle of firecrackers, that adds a marker to the map and gives of sounds of gunfire to confuse opposing team members. The molotov cocktail will be a large scale disable, it will spread fire and smoke to slow down enemy players.

More new features are yet to be revealed and already it’s looking like it’s going to live up to all the hype. No doubt Counter-Strike: Global Offensive will be one of the must buy games when it releases in 2012. Expectations from the multiplayer gaming community are sky-high, now all we can do is wait and watch what Global Offensive has to offer!