People are eagerly waiting for the Most Anticipated Action Games of 2012. We have already reviewed many articles on upcoming games in 2012 for PC. But today we are writing about the most awaited action games in 2012. Starting from Maxpayne to Prototype 2, All these games are well designed with most advance technology and beautiful game environment. Recently, Maxpayne has announced its official sound track album and allowed people to download them from their iTunes channel and also from the official website. This really heated up the wait for Maxpayne 3. All of  these below mentioned games will have amazing action oriented sequences and strong story line. Lets check out the specifications of each of these games in detail. Also, if you love to play Massive Online games online, these games support them too. So what are you waiting for ? Lets check out the top 5 upcoming action games of 2012 for pc. 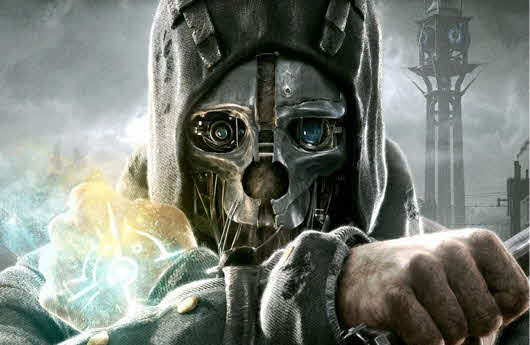 Max Payne 1 and Max Payne 2 started an era of third person shooter games with brilliance. Be it the player movements like run and shoot or the game depth. Rockstar Games now have something huge to offer and yes it’s the third installment ‘Max Payne 3’ where we get to see Payne back in extreme action. Additional in game features are present like “Last Man Standing” mechanism which brings a small halt in the death of Max for a while if he’s got a painkiller on him, also Max can shoot and dodge the bullets all around and after a dive he gets to stay on ground so that he can have a 360 degree shot at enemies around him. This game has cinematic action sequences and cut scenes, with additional physics and animations so that everything around Max seems more realistic than any other games. Additional slo-mo (slow motion) sequences increases the intense gameplay with Max throwing it all up in order to hurt his enemies in all possible ways.

2) Tomb Raider: A Survivor is Born

‘She set to find some adventure but instead adventure found her’. The game begins with Lara lost on an island after her ship wreck without any equipment or food supplies which she has to search over in order to survive. The gameplay is made such that few sections on the island will be restricted to her until she enhances her skills and upgrades her physical abilities to search on for equipment’s in order to proceed. Coming to combat the makers had a rethought on the lock on aiming system and made the game with a manual free aim mechanism. Many additional features like survival instincts have been added which helps Lara to solve out puzzles while she’s standing still. Free aim mechanism can be explained as if Lara jumps on to an area she wouldn’t be attracted towards the nearest ledge instead here the player can change the directions in midair which makes the puzzles more difficult. Keeping low indications expect for fire and few harmful things the help in game given to the player would be minimal.

Details:After delivering us an action packed GTA 4, Rockstar Gamesare back with their next installment entitled as‘Grand Theft Auto: V’. Announced last November, this next episode in the GTA worldis fixed in the city of Los Santos, surrounded by beaches, hills and countryside. A new and extraordinary gameplay in the open world with full freedom and a spectacular story based narration of single player missions, spectacular online multiplayer experience add plus points to the game. Grand Theft Auto V places the player in a chase for the ultimate powerfor money in a re-thought current day situation.

Dishonored is set in an open world with factories all around, horse run carriages and punks in the dark in the streets of Dunwall. The developers of this game at Arkane studios which also includes Harvey Smith who was the lead developer forDeus Ex have worked hard on this game to deliver us an action packed game.In the previous games by Bethesda like Skyrim, players in this game too have the freedom to control all the situations in many ways i.e… The player can chose a stealth way to approach or could use combat to continue and can also use his surroundings for his advantage because of special elements in the game like the gadgets, magic and his equipment’s.

Unlike Alex J. Mercer in Prototype, the sequel of the game i.e. ‘Prototype 2’ features Sergeant James Heller, who has a target to destroy the Blacklight Virus forever. This includes a story of revenge as Heller is out to kill Mercer as his family was killed by Mercer during the outbreak of Blacklight Virus. This third person action game is set in an open world where the protagonist uses his supernatural powers to accomplish his target.

These are the Top 5 upcoming action games in 2012 for PC. If we find more interested action games in PC, we will let you know via another post. If you think we missed something, please drop us a comment below. We would love to review that game for you.