Online games have their own charm. People who have or still play online games understand that there’s something much more exhilarating in playing videogames with other people. The idea of teaming up to tackle a challenge, helping someone out or just going in an all out skirmish against opposing players as part of a team is just way more  fun than a unchanging, scripted single player world filled only with AI. To that end, there are massively multiplayer online games that cater to almost every genre and to all types of players ranging from casuals to hardcore.

This year will be remembered fondly for the sheer amount of online games being released. Old franchises are expanded or renewed and new franchises are coming up that look absolutely fantastic. Diablo 3 has already been released and we will have a review of it pretty soon, so stay tuned to CoolPCTips! Also, another awaited MMORPG called Tera was released a while ago to positive reviews. Although half of the year has passed, the latter half is chock full with amazing single player and multiplayer game releases.We’ve already told you about the top 25 upcoming games of 2012 in our previous article. Now it’s time for us to tell you the top 5 upcoming online games of 2012. So without further ado, here they are! 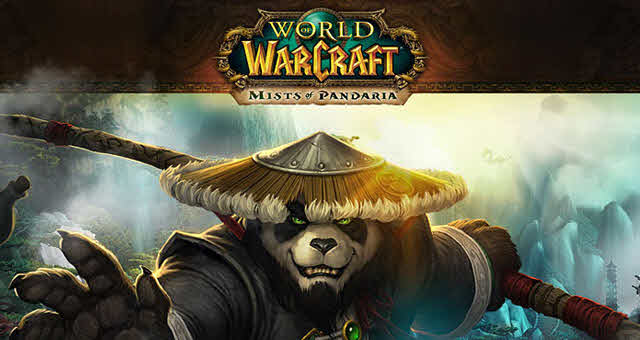 Consider this, giant robots wielding multiple weapons battling each other. Need I say more? The MechWarrior series is a long running franchise that is all set to make the jump to the MMO genre this year. Based on the MechWarrior games, the first of which was released way back in 1989, MechWarrior Online puts players in the control of BattleMechs. BattleMechs are huge, customizable robots that make players “MechWarriors” and pit them against each other. There’s a lot going for MechWarrior Online, first off, it’s based on a classic series. Then, it uses the fantastic CryEngine 3 for great visuals. MechWarrior Online will offer unprecedented  customization and players will actually have to customize correctly to survive. For example, the BattleMechs have to be fitted with heatsinks. Now, if you’re playing in an icy environment, you can ditch the heatsinks and invest on some more weapons upto a limited weight. But if you’re playing in a hot environment, you need to fit in heatsinks at the cost of more weapons. See how it works? The mechanics seems really fun and will really reward skilled and dedicated players. All of this cool stuff and the best part is, MechWarrior Online is going to be free to play!

The Secret World is a brand new franchise by MMO stalwarts Funcom, the developers of successful games like Age of Conan and Anarchy Online. Under development since 2007 and revealed through cryptic messages and viral videos, The Secret World is a unique sci-fi action adventure MMORPG. This game will be unique because there will be no levels or experience points as such and the game will be skill based. Players will be able to choose from weapons like guns and swords as well as supernatural powers. The game will include PvP and the main focus will be on taking down computer controlled monsters via grouping up. There will be a plot to the game as well and a single player type mode which will require no grouping up. The story is said to be a blend of mythology, legends, sci-fi and horror. Needless to say,  The Secret World looks interesting and is one of the most anticipated online games of the year.

To multiplayer gamers, Dota needs no introduction. Dota 2 is a revamp of the hugely popular mod for Warcraft III: The Frozen Throne, DotA Allstars. Incorporating all heroes and gameplay elements from the original mod, Dota 2 is basically a complete graphical makeover with the tried and tested gameplay remaining intact. Dota 2 is classified as an action-RTS, a RTS that incorporates RPG elements where players can only control one hero and upgrade skills based on XP and levels. Various items can be bought using gold and the main aim is to team up and destroy the opposing team’s main structure, called an ancient, located at the heart of their base. Since it is a remake, heroes, skills, items and gameplay remain intact, but some names, lore and art had to be changed because they were Blizzard trademarks. Speaking of trademarks and copyrights, Blizzard and the developers of Dota 2, Valve Corporation were in a legal tussle regarding the “Dota” name. Finally an agreement was signed where Valve could keep and use the Dota name for all future products. Therefore, the 2 factions in the game are now called “The Radiant” and “The Dire” as opposed to “The Sentinel” and “The Scourge”, which were Blizzard’s intellectual property. The main developer of Dota 2 is the longest running developer of DotA Allstars, known only as “IceFrog”. Currently in closed beta stage, Dota 2 is already hugely popular and performs brilliantly. Dota 2 runs on Valve’s proprietary Source Engine.

Announced on 22nd May 2012, Marvel Heroes is an upcoming MMO with action RPG elements set in the huge and popular Marvel Universe. Penned my Brian Michael Bendis, the author of such critically acclaimed comics such as Ultimate Spiderman, New Avengers and House of M, Marvel Heroes will allow players to step into the shoes of any and every hero or heroine from the Marvel Universe! Heroes such as Hulk, Thor, Ironman, Captain America and hundereds of others will be customizable and playable. The plot involves the supervillain Doctor Doom, who has come into possession of the Cosmic Cube, otherwise known as the Tesseract to Marvel movie fans. The game allows players to completely immerse themselves in the Marvel Universe and will feature every place mentioned in the comics including Xavier’s High School for Gifted Children, Hell’s Kitchen and the like. Even better is the fact that Marvel Heroes will be completely free! The game will use microtransactions to support and fund itself, but players need not pay a penny to access all content. Marvel Heroes is slated to be a revolution in the MMO genre and we can’t wait to see how it will turn out!

World of Warcraft: Mists of Pandaria

The biggest MMORPG of all time is back with a new expansion called Mists of Pandaria. Ditching the former practice of having one big villain for each expansion, Mists of Pandaria instead focuses on the war between the Horde and the Alliance after they discover a floating island lost in time called Pandaria. On this mysterious island they encounter new threats and are locked in a battle for supremacy. Mists of Pandaria introduces a new playable race called the Pandaren, which are anthropomorphic pandas. Also included is a brand new tank, healer and damage class called the Monk, new raids and dungeons, talent tree revamps, new arenas and battlegrounds, pet battle system and much much more. It will raise the level cap to 90 from the previous 85. For the first time in World of Warcraft history, the Pandaren will be a race playable by both factions. Players will be able to choose a faction at level 10 until which they remain neutral. Mists of Pandria features a heavy influence from Chinese culture and is currently in closed beta stage. Reports are already positive with the revamp of gameplay and the new additions proving good changes. No doubt Mists of Pandaria will be a success, after all, which other game has a 10 million+ playerbase?

So are you ready to lose yourself in fantastic persistent worlds? Take some time off, because these top 5 upcoming online games of 2012 are not to be missed!