Most of us don’t know what are the Best Gadgets of 2011. Though 2012 is a brand new year, its still our right to know the previous year gadget technologies and tech revolutions made by legendary companies. We coolpctips team are now listing all the gadget technologies and gadgets revolutions of the year 2011 in this article.Sit back and enjoy the article, you will love to know each and every technology revolution made in the year 2011 at the end of this article. Also we wish you a happy new year 2012. Coolpctips had an amazing network with people in the year 2011 and also it has been an amazing social community platform to many of our fans and friends. We specially thank each and every reader of Coolpctips. We have announced a free giveaway for our uses this new year. Please check out the link given here. Now, lets have a look at the article below.

Year 2011 was really an amazing year for various gadget releases and revolutionary concepts. They were a lot of categories in the year 2011 which made a huge impact on our social lives. The Best Gadgets of 2011 list starts has every amazing revolution feature which we dreamed of. From iPad 2 to latest aakash tablet, everything in 2011 was a revolution. These Best Gadgets of 2011 have not only shared knowledge, but also fun and enthusiasm in us. We are mentioning a complete list below. These lists are not based on any released dates or custom rating. They are categorized only by their popularity and interest towards people.

1) Aakash Tablet : This is the world’s Cheapest tablet released so far. An Indian government initiative which was the biggest tech revolution of 2011. This extremely popular tab has attracted millions of people towards it and made an amazing impact on people’s mind. The two versions of aakash tablet’s have already hit the market to Pre-book them. This amazing tabs were tagged at a price of rs.2499 for aakash tablet and rs.2999 for the aakash ubislate 7. Aakash will be a real gift for every student in India with an amazing 7-inch screen and android operating system. 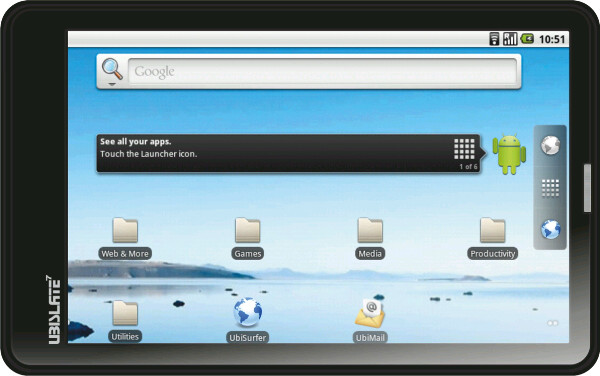 2) Apple iPad 2 : The World’s best tablet with an advance design and comparatively light and thin with any other tab in the world. Now with iOS 5 and iCloud its very hard to keep your hands away from it. A powerful dual core A5 chip and a long lasting 10 hour battery made this tab an amazing gadget of 2011. With over 140,000 apps, you got a huge range of selecting your apps for your day to day life. With the amazing iOS 5, you can get access over 200 new features and with the iCloud, you can store all your content and will be able to push your data wirelessly to all your devices.

3) Computer TV : This is an amazing invention of 2011 where you no need to have additional speakers to your computer and also you can use your TV as your computer. This is called the VU intelligent TV which is the world’s first Inbuilt Computer which works with Smart TV features. It is embedded with an Intel Core i3 processor, 2 GB RAM, 500GB Hard disk drive, within it. It comes with windows 7 premium operating system. You can check out more details in their official site http://technologies.vu. 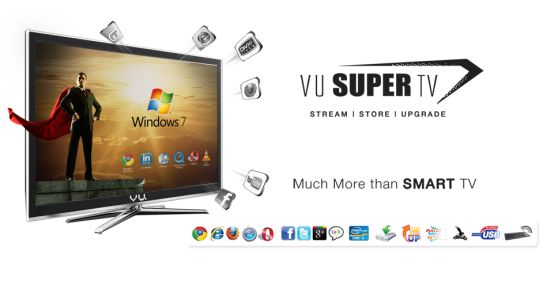 4) Apple MacBook Air : Year 2011 has been an amazing year for apple lovers. With very small thickness and less weight, the Apple Mac Book Air is tremendously light. This 3rd generation laptop is now available in i5 and i7 Intel core processors. This 1.7cm thickness notepad is available in a 11.13 inches screen. They have introduced a new technology called as Thunder Bolt I/O which transfer the data super fast and it can also play videos of resolutions 2560×1440 with ease. The attractive multi touch pad and long lasting battery are its special features.

5) Samsung Galaxy Tab : Samsung galaxy tab is the toughest competitor of iPad 2. It can able to challenge Apple iPad 2 with its own amazing features and price tag. This latest android tab has attracted many people’s attention in less time. A powerful 1Ghz processor and 1Gb Ram is very fast to access unlimited number of apps at a time. With its 8.6mm width and 10-inch touch screen, the tab is able to hold the market place in the year 2011. The long battery life and amazing access to android market will keep this tab to stay in the market for 2012 too. 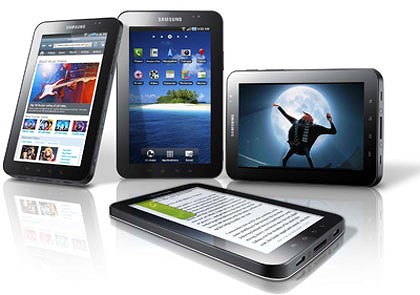 6) Edutor Advantage e40 : The only device in India which helps students to clear their doubts. This is the first and only device created by IIT students which assists as a tutor. This is a home leaning device where students from Lower Kindergarten to Post Graduation can easily understand the features of the device. It has an amazing touch screen where students can learning things from it. Hyderabad-based Edutor Technologies has built this device and launched it for CBSE students from standard 3 to 10. Priced at Rs:5,845 and will be available in all book stores. 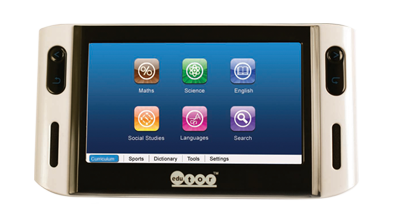 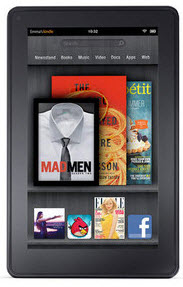 Amazon Kindle Fire : Amazon has launched its another new version of eBook reader. In this kindle fire you can not only read and listen books, but also you can find an option to add films, TV shows, music and other applications with ease. Also you can store your data in on online libraries in a cloud storage’s. The processor is a dual core, which is really fast and the stunning color touch screen is the best part in this device. The screen is extra durable this time when compared to the normal amazon kindle. We all know that the first version of kindle had some problems with the screen layout which breaks very easily. This is even more better and easy to carry anywhere.

8 ) HP Touch Screen 610 : Say good bye to your Huge CPU Cabinet now. The amazing HP Touch Screen 600 is an amazing PC which has comes with a monitor and CPU in it. This amazing PC has everything in it, including the speakers embedded in it.The HD display of the screen is amazing ad the stylish look and very neat design attracts everyone in the first view. It comes with wireless keyboard and mouse. You can also find a Bluray disc reader and written embedded withing the PC. I love the inbuilt Microphone and Webcam which are additional features. 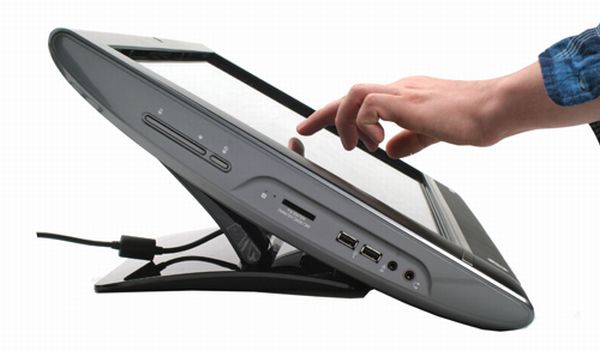 9) Inspiron One 2320 All in One Touch Screen PC : A very popular Touch Screen PC which is inspired by tablets, laptops and high end PC’s. The basic idea behind creating this amazing gadget if the upgrades available from Intel processors, i7 was the biggest hit in 2011 which created very high performance laptops. The same technology is used in the inspiron One 2320 with good processors and good design. You cant take your eyes from this amazing 23″ high definition 1080p LCD with WLED back lighting screen, Comes with Inbuilt JBL Speakers which are very high in sound and clarity. You can expand your hard drive space up to 2TB and the inbuilt Windows 7 Operating system will keep you updated in every thing you do. 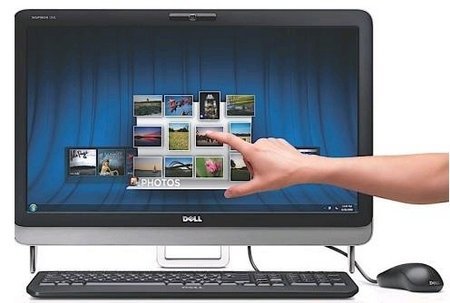 10) Samsung UN55D7000 Smart 3D TV : This is a new revolution in TV technology. The new Samsung un55d8000 is also called as a smart tv which has unbelievable features which we all dreamed about. Its a Smart TV with Web-Connected Apps and Web Browser, a Captivating 2D & 3D in Full HD 1080p display, Ultra Slim Bezel design and Clear Motion Rate of 96o, Incredible Contrast with Micro Dimming Plus, In built WiFi, Skype, HDMI Screen, QWERTY remote and a lot of other features. The amazing 3D quality of this TV will make you stick to your for longer hours and give you the amazing experience of 3D vision and its worth the money you spend on it. 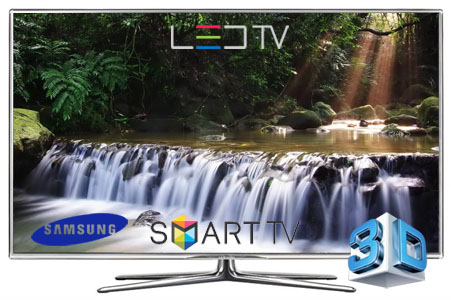 Apart from these above top 10 gadgets, there are a lot of other revolutionary updates and similar gadgets which boomed up the Tech world in 2011. I will mention them below, just take a look at the names.

These are some amazing gadgets and revolutions of 2011. Apart from these revolutions and gadgets, there are few other upgrades and new releases of previous inventions which really boosted the tech world of 2011. And a lot of other inventions which really changed the life of a common name. Some of these revolutions are not that costly and affordable for a common man to buy within 2 months of the release. Also check our Giveaway Win 8GB USB Drives, 8GB MMC Cards – Coolpctips New Year Giveaway 2012 which is open till Jan 12th 2o12. Hope we soon give a giveaway from these above Best Gadgets of 2011.