Looks the long wait for Aakash tablet has really frustrated many people in India. Finally a kind of good news for you guys. An Enhanced, faster version of Aakash tablet pc will be launched in May 2012. This Monday (i.e) 02/03/2012, The Indian Human Resources Development Minister Kapil Sibal said, “A Faster and enhanced version of low cost tablet PC, Aakash would be launched on trail basis in May 2012.” He also said that the device is being tested and based on feedback from students and gadget guru’s, the device will be out with more advanced features and long battery.

The new tablet would have a better 3200 AH battery with minimum of 3 hour battery backup and a 700 MHz cortex A8 processor and a capacitive touch screen which would get over the earlier issues observed in Aakash tablets. He also said that the first 100,000 tablets was aimed for students of higher education institutions in India and the optional examination in class X would be extended across the country like CBSE. Mr.Sibal also said that he wanted a structural, decentralised, administrative reform with a collaborative approach for development of education sector.

Well, if we keep this aside, there are many tabs in India now which are amazing in performance and very cheap. Its really good to know that Indian government has taken this initiative of giving tabs for 35$ or less. But how far they will be used by our students and higher education institute students ? This is a million dollar question. Because recently we have bought a low cost tablet for Rs:6999/- which has 1Ghz processor speed and a 256mb RAM. To our surprise, nothing worked well in that tablet. The touch screen is very poor and the apps were not supporting well. 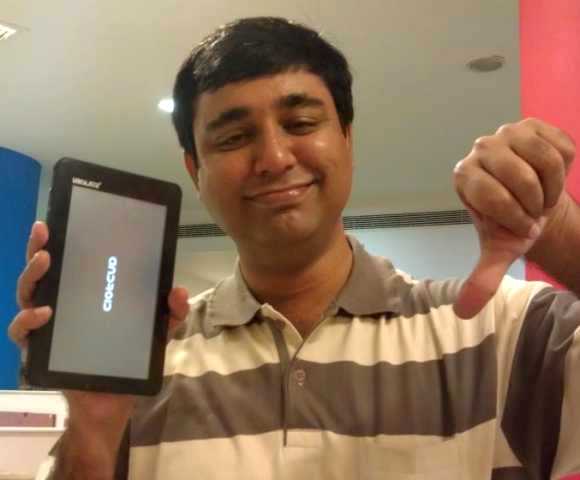 Free Advice : People should know the fact that, Aakash will be used only to hangout with friends and to check what exactly android 2.3 is. Because you will never be able to use an more than 2 apps at a time. You never know what process is running behind and what exactly your device is going through. You can also check out the specifications of BSNL Penta T-Pad IS701R. This tablet costs around Rs: 3,250/- But still got some stuff in it. We didn’t received the delivery of this product so far. Will let you know about Penta T-Pad once it is out in market. Till then please don’t waste your time for Aakash tablet. Its always better to get a good tablet murah with few extra bucks.