Tablet PC’s are quickly becoming must have gadgets and nearly every manufacturer is cashing in on this trend by launching cheap Android tablets. The good news is, since the competition is so intense, everyone is trying to cram in better hardware and software at throwaway prices. Ultimately of course, it’s the customers who benefit. Today we’re going to have a look at the top 5 cheap Android tablets with Android 4.0 Ice Cream Sandwich for under Rs. 10,000. That’s right, these 5 tablets offer Android’s latest, much-hyped operating system and pretty solid hardware specs for under ten grand! Here we go:

First up is the HCL Me U1 tab. This sleek tablet comes with an ARM Cortex A8 processor clocked at 1GHz, 512MB RAM, internal memory of 4GB expandable to 32GB and a 800 x 480 resolution 7″ TFT touchscreen. It supports Wi-Fi + 3G (with USB dongle) and comes with a front facing VGA camera. The HCL Me U1 Tab weighs in at just 350gms and packs a 3600mAH battery. The included USB and mini USB ports lets you plug and play USB devices with ease. Best part? It comes for just Rs. 7999. 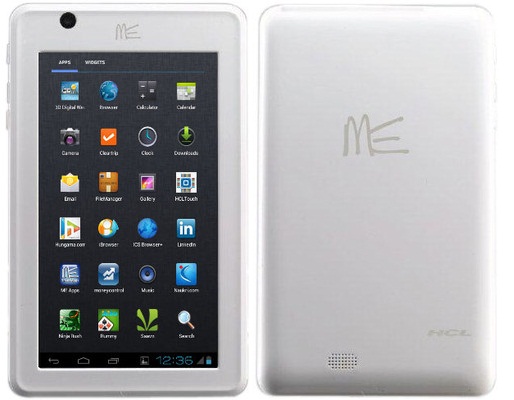 Micromax is well known for it’s low cost mobile phones and it continues the tradition with this budget oriented tablet. The Micromax Funbook boasts of a 1.2 GHz ARM Cortex A8 processor, 512 MB RAM, 4GB internal memory expandable to 32GB and a 800 x 480 resolution 7″ capacitive touch screen. Also included is a front facing VGA camera and Wi-Fi + 3G (with dongle) support. Specs wise it’s rather similar to the HCL Me U1 Tab, but the Micromax Funbook offers HDMI support and has a smaller battery of 2800 mAH. It retails for Rs. 6999. 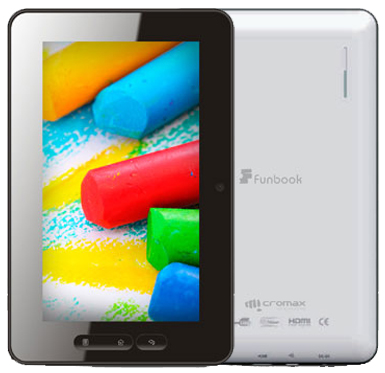 Another desi mobile phone manufacturer joins the fray with a low cost tablet. The Karbonn Smarttab 1 is a solid budget tablet that features an 1.2GHz ARM Cortex A8 processor, 512MB RAM, internal memory of 4GB expandable to 32GB and a 800 x 480 resolution 7″ TFT touchscreen. It also supports Wi-Fi + 3G (with USB dongle). So far it’s just like the other two tablets mentioned right? The Karbonn Smart Tab 1 one-ups the competition by including a front facing 2MP camera, HDMI support and a 3700 mAH battery that promises upto 8 hours of video playback. Even better is the price, it retails for only Rs. 6990! 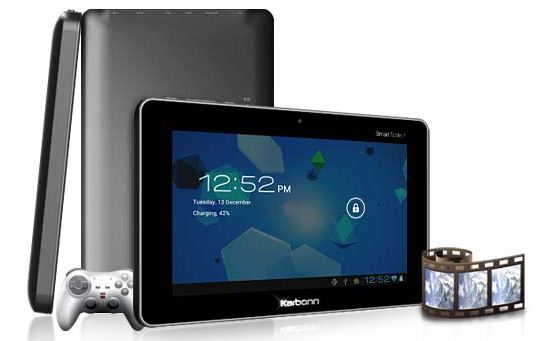 The Zync Pad Z990 is another entrant in the budget Android 4.0 tablet game. It boasts of solid specs like a 1.2GHz ARM Cortex A8 processor, 1GB of RAM, 4GB internal memory expandable to 32GB, a front facing VGA camera and a 7″ multi touch screen. Like other tablets, it offers Wi-Fi + 3G (with dongle) support. However, the Zync Pad Z990 offers an HDMI port, a USB and micro USB port for expansion as well. Furthermore, Zync has designed an external keyboard specifically for this device that can be bought for a nomial fee. The Zync Pad Z990 will set you back by Rs. 8990. 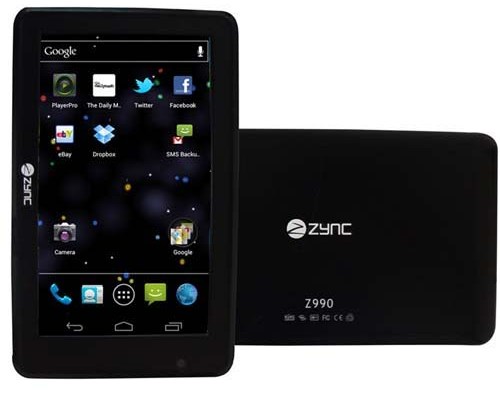 The Vi10 Elite is an offering from the Chinese company Onda. This tablet boasts of the best hardware specs among budget Android 4.0 tabs. It features a 1GHz ARM Cortex A8 processor, 1GB of RAM, a dedicated ARM Mali 400 GPU and internal memory of 8GB that can be expanded to 32GB. Even though the screen is a 7″ multi touch, the resolution is the highest among the tablets mentioned at 1024 x 600. It makes for much better video playback and reading. The Onda Vi10 Elite offers Wi-Fi + 3G (with dongle) support and a front facing VGA camera. Mini USB and mini HDMI slots are provided as well and the battery is rated at 3000 mAH. Even with all these specs, it’s quite light at just 333 gms. The Onda Vi10 Elite can be yours for Rs. 9990 and is one of the top 5 cheap Android tablets. 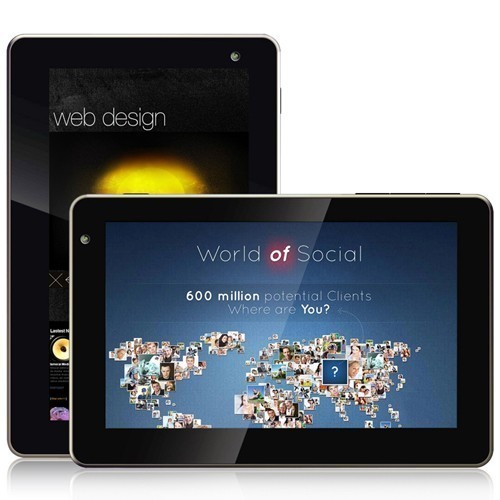 So these were the Top 5 cheap Android tablets with Android 4.0 Ice Cream Sandwich, which one do you think is the best?