Activision and Treyarch are now back with a bang into the future with the Call of Duty : Black Ops II. Coolpctips is giving an exclusive first look for one of the most awaited games of 2012. “The original Black Ops took place during the first Cold War” says Mark Lamia the studio head of Treyarch. Well I say the first cold war hasn’t happened yet. Call of duty : Black Ops II is a direct sequel which is going to take place during the fictional second cold war that is set in the year 2025. You play the role of David Mason, son of Alex mason, the previous game’s pioneer in shooting who never misses a shot.

Another fact that has been keeping the Call of Duty community all over the world very excited is that, Screenwriter David Goyer, also the screenwriter for The Dark Knight, Superman: The man of steel has hailed into the Treyarch studio to help create a time-bending story for the new sequel- Call of duty: Black Ops II.Good news for the game fans is that, the game is completely game play oriented and motivated, says  David Vonderhaar, game designer who never really reveals much before the release. He also insisted that the game will be smooth and carried out at the rate of 60 frames per second, why did he stress on the 60fps? “60 frames a second, whether you see it or not, you feel it”. That’s what he said, so confident isn’t he?

Let’s have a few insights of the game. Hold on because there is quite a lot of time for the release and I don’t want you to get too excited by looking at the screen-shots below and leave you disheartened.

1) There are Going to be Futuristic Fighting Robots like this. 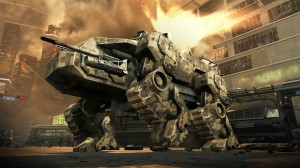 You now get to play with super powered robots and machines such as these. No wonder they’re futuristic.

2) Multiple Playable Characters All Under One Roof, Now That’s Exciting. 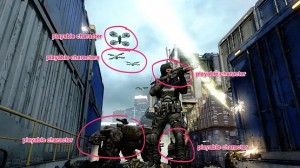 You are now open to choose which unit you want to control, which weapon you want to yield. For the first time, single player decisions are going to make whole lot of huge differences in the game. 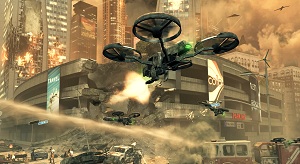 Now the game has gone far too wild, its more than what a COD fan could possibly imagine. Full support for for the Xbox live users, connect to play. Who’s buying it? The correct question is ” Who isnt?” 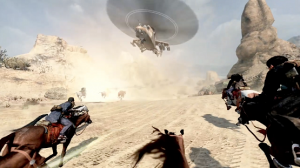 This might be really weird, you might be thinking to yourself. The game is set in 2025, isn’t it futuristic? Why are there horses? Now don’t get all nasty with those questions. Relax. There is a mission that is set in the early 1980’s where Alex Mason rides a horse in Afghanistan somewhat looks like a member of Mujaheddin.