The Aakash Tablet needs no introduction, it’s extremely famous for all the wrong reasons. After a long winded and much hyped 2 year development phase, the low cost Aakash tablet was released on October 2011. Originally meant to be sold to educational institutions at an extremely subsided price, a slightly pricier and faster tablet was announced for the commercial market as well. Dubbed “Ubislate 7+“, it featured a faster processor, calling capabilities and Android 2.3. Inevitably, pre-orders for these tablets came in the millions and DataWind, the company responsible for manufacturing was overwhelmed to say the least. 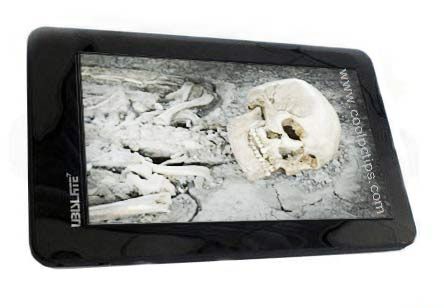 The orders kept rolling and DataWind was nowhere near able to produce enough devices. I personally booked the device in the very first lot in December along with a few others and none of us have received even any information, let alone the tablet. Ostensibly, a few educational institutions received their tablets first and the response was overwhelmingly negative. Then the reviews from the handful of Ubislate 7+ (the commercial tablet) owners started coming in and even the seemingly better equipped tablet seemed to choke while performing menial tasks.

Problems faced with the Aakash tablet/Ubislate 7+:

Let’s keep aside the obvious issue of no stock and try to understand whether the tablet was even worth it. Sure, no one is expecting iPad-like performance from a sub 3000 INR device, but there’s no point in having a device that can’t do much right, is there? Some of the criticisms were shoddy build quality, bad performance, poor sound quality and frequent crashes. Perhaps the biggest draw of Android, the Android market, was also not available on the Aakash tablet. Instead, users had to settle for apps from GetJAR. However, Ubislate users had access to the Android market.

Making things worse was the bad customer support. After promising deliveries in a week’s time, DataWind couldn’t even handle the flood of complaints and queries about the booked devices that followed after failing to meet expectations. There were no updates either, people who had ordered their tablets couldn’t track their order, couldn’t ask anyone about an ETA, it was all haphazard. False promises of deliveries that would take place “soon” and vague excuses about the delays abounded. In short, no one really knew what was happening.

In April 2012, another new version called Ubislate 7C was “launched”, which apparently fixed the problems, had a capacitive touch screen, 4GB internal memory and supported an Android 4.0 Ice Cream Sandwich upgrade. Available only in a handful of cities in limited supply, it was priced at 3999 INR. Admittedly, it was value for money, but hardly worth the wait.

After all the delays and promises, commercial availability was supposed to be widespread by the end of May. Yet again, this promise was not fulfilled. This time the reason was revealed and it’s basically another way of saying “you’re not getting this tablet anytime soon!”. DataWind severed their ties with the tablet manufacturer Quad in mid-April, claiming an IP infringement. Quad, on the other hand, claims that DataWind hasn’t paid it yet. Thus, production has been halted. With the previous pre-orders not even completed, how can people booking their devices now expect anything?

Amidst all this drama, a new tablet called Aakash 2 was announced in May 2012. The proposed specs are, a 1.2GHz processor, 1GB RAM, a capacitive touchscreen and 4G support. It’s not supposed to be available anytime before October 2012 and we doubt even that date, looking at the previous track record. Inevitably, the price for Aakash 2 will be above 5000 INR with those proposed beefier specs. So the bottomline is, thousands of pre-orders are still pending, orders are still coming in and production has halted. DataWind says they have no support or finances and doubt the future of the Aakash/Ubislate. The recently announced Aakash 2 may be and most probably will be scrapped as well. 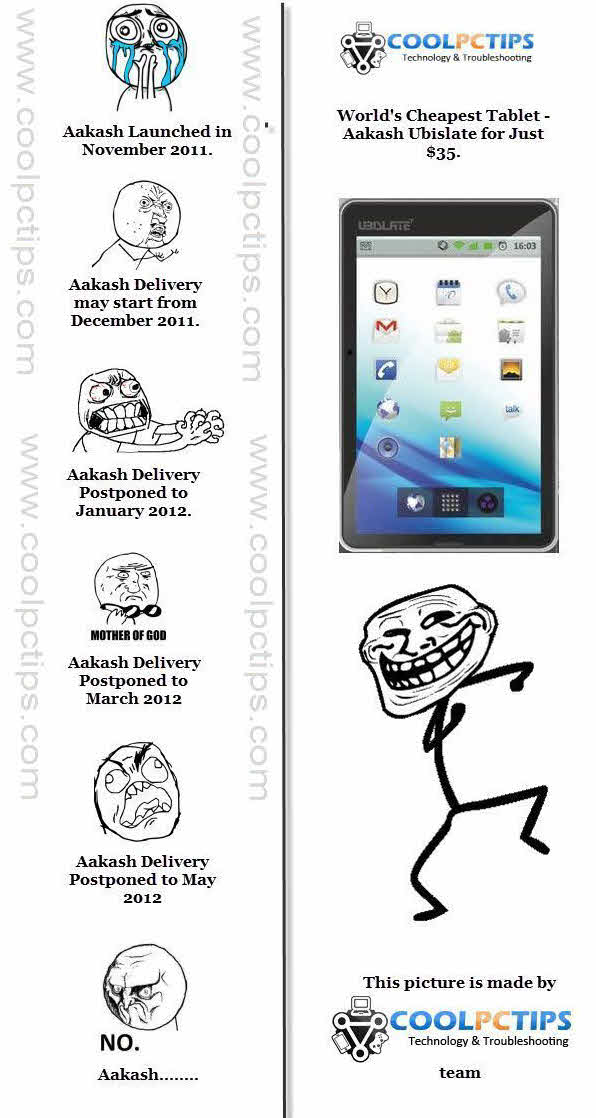 Sensing the market for cheap Android tablets, almost every manufacturer has taken out a low cost tablet. With prices ranging from 5000 to 15000 INR, customers have a lot of options to choose from and no delays either. All they have to do is order one online or walk into a shop and buy one, no fuss involved. Why wait an indefinite time for an inferior device?

In all honesty, the Aakash project was a badly implemented idea, albeit a really good one. If DataWind pulled it off, it would have been nothing short of a revolution. But  all the production problems, internal squabbles, horrendous customer support and absolutely no transparency in operations have ruined DataWind’s reputation.

Even after all these problems, the Aakash tablet/Ubislate still has millions of takers. Can DataWind pull off something here to satisfy the demand? It’s highly unlikely if not impossible, but it would literally change the fortunes of the company. So what do you think about the Aakash fiasco? Leave a comment and let us know!