After countless rumors, leaks and speculation, we see the Samsung Galaxy Note 2 unveiled. As promised, it was revealed at IFA 2012 in Berlin. Samsung has really gone all out for the Galaxy Note 2. Forget the Galaxy S3, this is the most powerful smartphone or “phablet” if you prefer, on the planet. Packed in is a blazing fast quad core processor, 2 GB of RAM, an S-pen stylus, a huge screen and a gargantuan battery. Furthermore, it will ship with Android 4.1 Jelly Bean and includes new features previously not seen on the Galaxy Note. The only thing against it is the size. Admittedly, it’s awkward to hold such a huge device to your ear for a call, but hey, super powered phone-tablet thingy, we don’t mind! Here’s the lowdown on all the Samsung Galaxy Note 2. 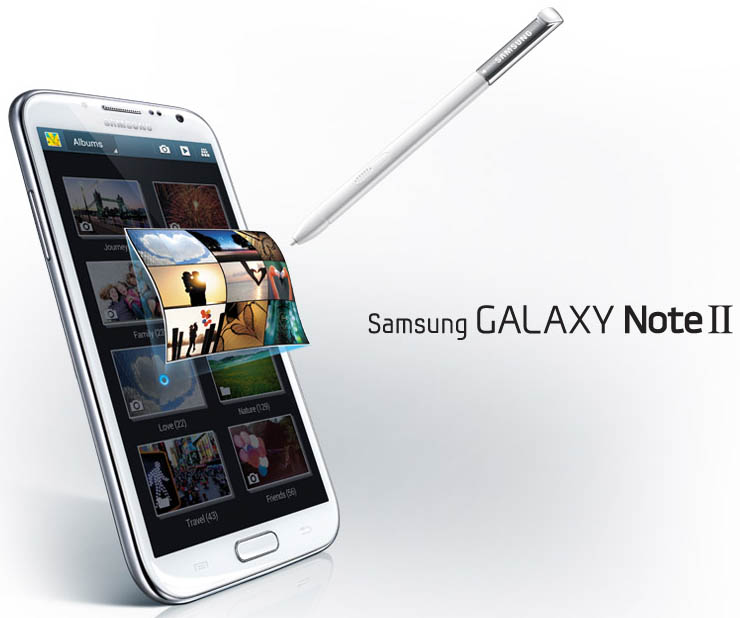 The Samsung Galaxy Note 2 will be the most powerful smartphone ever. Benchmarks show that it blows away even the Samsung Galaxy S3, which is no mean feat. Coupled with Android 4.1 Jelly Bean and its fluid interface, the Galaxy Note 2 delivers an unbelievably smooth experience. Even though the screen size has been increased and the hardware is upgraded, the Note 2 still remains just over 9mm thick. The camera remains the same as the previous model and the only thing it doesn’t improve upon from its predecessor is the pixel density. The larger screen and same resolution result in a slightly lower pixel per inch count, but the screen is still gorgeous and this difference is really not noticeable. Backing everything up is the huge 3100 mAh battery which promises great running time even with those internals.

Samsung has included the trademark S-pen stylus with the Note 2. It’s not just a regular stylus, it allows users even more control. One of the new features is Air View, similar to Sony’s floating touch technology. It allows users to hover over an email, image, video or such and get a preview without actually opening it. Then there’s the new note feature, which allows users to open an editable note anywhere. Also, pressing the S-pen button and swiping the screen in certain ways can open commonly used applications. The S-pen can also be used to capture screenshots to send, draw, write and of course, there’s handwriting recognition. But this time around, users can add content by simply writing keywords. Finally, there’s also a bunch of new features that Android 4.1 Jelly Bean brings along and Samsung has built upon it in the TouchWiz Nature UI.

No prices or release dates have been announced yet but we’re expecting it to be available by the end of September or early October. So finally we got to see the Samsung Galaxy Note 2 unveiled, what are your thoughts about it, would you buy it?