It’s finally here, the long awaited, highly anticipated and much hyped iPhone 5 has been announced. Fresh off the keynote, here’s our iPhone 5 preview! To people who’ve been following the leaks since a few months, there aren’t really any surprises as far as the general look is concerned. For that matter, there aren’t many surprises at all. Other than the fact that the originally expected NFC doesn’t make its way to the newest iPhone. Nonetheless, for the Apple fans and those curious, we’ve got all there is to know about the iPhone 5 including specs, pricing and release. Read on for our iPhone 5 preview! 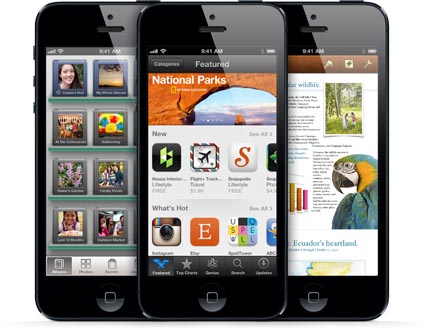 As expected, the iPhone 5 comes with a new SoC called the Apple A6. In typical Apple fashion, no specific raw details have been revealed yet, although it’s been said that it’s a quad core. No details on clock speed either. Apple claims that it is twice as fast as the outgoing Apple A5, in both the processing and graphics department. We’ll see more about that once it’s actually benchmarked though. Initial hands on reports suggest that in general the iPhone 5 feels much more zippier. Memory hasn’t been revealed yet either but we’re pretty sure its 1 GB. The much talked about Retina Display makes a return to the iPhone 5, but it still has the same pixel density as the iPhone 4S. Now packing in a 4 inch screen at a resolution of 640 x 1136px, Apple has used a new screen technology from Sharp that offers better quality, anti glare and color saturation.

The iPhone 5 is amazingly light and thin weighing in at just 112g and 7.6mm thin. Like all Apple products, it has a fantastic, premium finish that is pretty much the best. Made entirely of glass and aluminum, it really does feel like a high end product, there’s no denying that. Since it’s a unibody design, there’s no option for expandable storage and it will be available in the same 16 GB, 32 GB and 64 GB variants. Also, LTE is now supported and Apple claims greater voice clarity due to 3 microphones on its newest iPhone. It’s no surprise that iOS 6 is the default OS and in itself it brings quite a lot of new features which you can read more about in our previous iOS 6 preview. iOS 6 mainly brings tighter app and service integration to the interface along with improved voice control and more. Admittedly, a lot of the new features will also come to the previous generation iPhones that get iOS 6.Apple will be the first to make use of nano-SIM cards, so if you’re gearing up to buy a new iPhone 5, make sure your network is able to provide you with them! Although the camera remains the same at 8MP, Apple claims it is actually much better than the iPhone 4S camera, which in itself was pretty great. Sample shots look great, owing to the new Sapphire crystal lens, hybrid filter and better aperture. Also now included is the ability to take panoramic shots. It’s been christened the iSight. 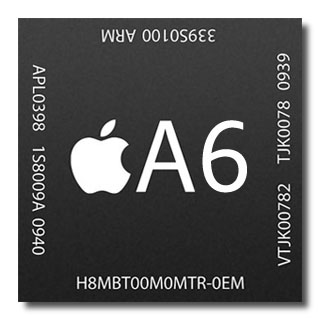 The biggest new change is the inclusion of the new Lightning interface for connection to an external device. Breaking the tradition of the 30-pin connector since almost a decade, the Lightning interface is much smaller, reversible and claims faster transfer speeds. Worried about all your previous products being useless? Don’t worry, there’s an adapter coming too. Finally, with all this stuff packed in a rather tiny form factor, you’re probably wondering about the battery. Again, no specific rating has been released yet, but Apple claims 8 hours of talktime on 3G, which is basically the same as the iPhone 4S. So let’s have a look at the specs shall we? As soon as they’re available, we’ll update them.

The iPhone 5 has been priced exactly like its predecessor at launch and it will be available on contract at the following prices:

Indian customers, expect it to be priced no less than Rs. 50,000, maybe even higher than Rs. 55,000. That sure is a steep price. So when will you be able to get your hands on it? That depends on where you are right now. On September 14, the pre-orders open for United States, Canada, UK, France, Germany, Australia, Japan, Hong Kong and Singapore and they will probably be able to get it by the week after that. Other countries can expect the same by September 28 or early October. Apple aims to sell the iPhone 5 all over by December.

At the risk of being mauled by Apple fans and such, here’s what we think. Apple has got a great product in the iPhone 5, but it’s unfortunately nothing really special. Back in the day, the aftermath of every Apple product launch and specially iPhone launch was excitement, which was missing this time. The iPhone 5 is a great phone in itself, and there’s nothing wrong with it as as such, but we can almost feel Apple getting slightly complacent. For the most part, it’s playing catch up to technologies that already exist. Most of the stuff that’s new in the iPhone 5 compared to its predecessors are already on other smartphones. It’s not specially better at anything than the competition. Granted, numbers don’t mean everything and the overall phone experience matters, but even on paper, compared to the iPhone 4S it doesn’t do anything new. In other words, unlike Steve Jobs era, there’s hardly any innovation. We were hoping for a moment during the keynote where we’d go “wow”, but unfortunately didn’t get the chance. We feel the iPhone 5 is a fantastic device, but it’s probably not going to make anyone switch over from another OS. Then again, it can be argued, why change something that’s already so good? Our answer to that is, Steve Jobs always pushed for something better, and according to us, Apple no more seems to do that. It’s a faster, better looking phone, an evolution rather than a revolution, contrary to what we were hoping for. Nonetheless, everyone is entitled to their choices and we respect that.

So, what do you think of the iPhone 5 preview? Was it all you hoped it would be or was it a disappointment? Let us know your views via the comments below!