Move over Galaxy Note 2, there’s a new big boy in town! Oppo, a manufacturer usually known for making home theater systems has revealed its flagship device, the Oppo Find 5. Known for making pretty good Blu Ray players, Oppo is a Chinese company that rose to prominence with the launch of the Oppo Finder, a 4.3 inch Android smartphone which was special because it was and remains the thinnest smartphone in the world. Yes, that’s right, Apple’s claim of the iPhone 5 being the thinnest smartphone isn’t true. The iPhone 5 is 7.6mm thin, and the Oppo Finder is just 6.65mm. It get’s even better, the latest beast to come out of the Oppo stables is in fact the thinnest, most powerful smartphone you can get, read on for more! 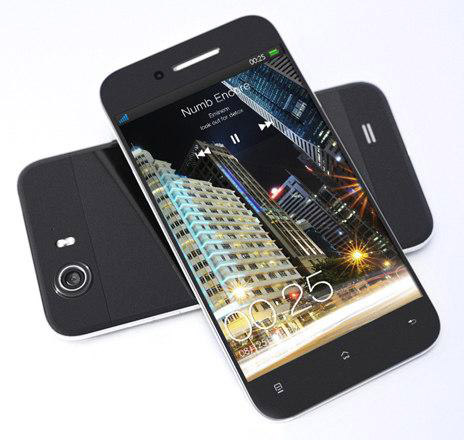 The Oppo Find 5 is the world’s first phone with a 1080P display. Even though it packs in a 5 inch screen which technically makes it a “phablet”, it has a jaw dropping pixel density of 441 ppi, far more than any device on the market, period. While other smartphones are content with packing in 720P screens, Oppo has gone and put in a even higher resolution screen. That’s basically the resolution of all HDTVs (even 40 inches and above) in a 5 inch screen! That’s not all, there’s a powerful quad-core Qualcomm Snapdragon S4 Pro SoC, 2 GB of RAM and a huge 2500 mAh battery too. The camera is a 12 MP one, and the Oppo Find 5 will run on Android 4.1 Jelly Bean. The best part? All of this is packed in a frame no thicker than 6.65mm! It’s quite a feat, the only concern we have is with the battery life. Even though 2500 mAh is quite a powerful battery, will it be enough for the humongous screen and fast processor? We have yet to see it, but the specs are already making us drool, check them out!

Those are some really great specs, but will the quality match up to other high end smartphones? We’ll have to wait and watch. As of now no pricing or release details have been announced either. Meanwhile do drop us a line telling us what you think of the Oppo Find 5!