Ever since the Samsung Galaxy Note came out, manufacturers have been at war trying to release smartphones with larger and larger screens. These “phablets” are blurring the lines between smartphones and small tablets, and the latest entrant, the huge Sony Xperia Z Ultra pushes that boundary even further. Lately, everybody seems to be getting into the phablet game, and by the end of the year we’re expecting offerings from both HTC and Samsung as well. We know the Samsung Galaxy Note 3’s rumored specs and features, now it’s time to detail the HTC One Max!

HTC One Max Specs and Features 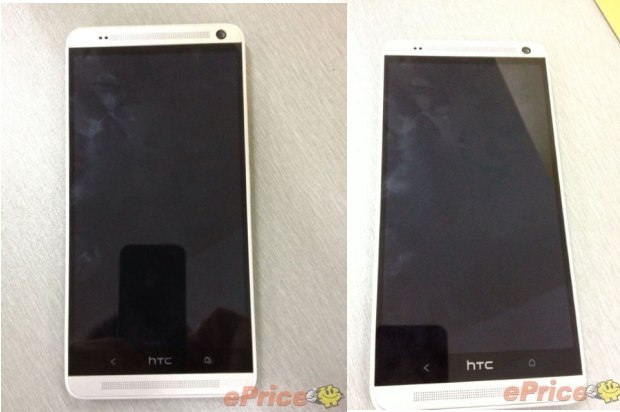 A recent picture leak confirms that HTC is doing the smart thing and sticking with the fantastic HTC One look and build quality. But good looks aren’t all that the HTC One Max offers. Most rumors seem to suggest really powerful internals as well to match. Qualcomm’s most powerful SoC, the Snapdragon 800 will be used in the HTC One Max, along with HTC’s trademark UltraPixel camera. It looks really similar to an HTC One, save for the smaller bezel. Here’s the rumored specsheet:

While it hasn’t been confirmed, the new HTC One Max could launch with Android 4.3, but with HTC’s track record with Android releases, we’re not too sure. Rest of the specs should satisfy even the most avid spec junkie, save for the fact that storage might not be expandable, at least in the global HTC One Max version. The bigger 3,300 mAh battery is a good move and should help power that massive full HD screen. For the most part, it’s a more powerful and bigger HTC One, but will that be enough to displace the current phablet king, the Galaxy Note series? The extra functionality on the latter is what really sets it apart, so it will be interesting to see if HTC pull out something unique out of their bag. We can only wait and hope so!