Exactly 5 days after the iPhone 5 announcement, Samsung Galaxy S4 rumors spread throughout the world. Samsung is reportedly prepared to roll out the next version of Samsung Galaxy Series. Samsung and Apple are leading smartphone developers, these fierce rivals are always in news with some or the other rumors. Recently, Apple has launched their iPhone 5 in competition with Samsung Galaxy S3 and Galaxy Note 2. But to everyone’s surprise, Apple iPhone 5 has not reached the expectations of an innovative device. Although it hardly seems any time Samsung Galaxy S3 was released, people are already waiting for Galaxy S4. Until the iPhone 5 release, everyone was expecting something innovative and big to happen in the world of smartphones. As iPhone 5 was not that big a surprise, guess now it’s Samsung Galaxy S4 time. 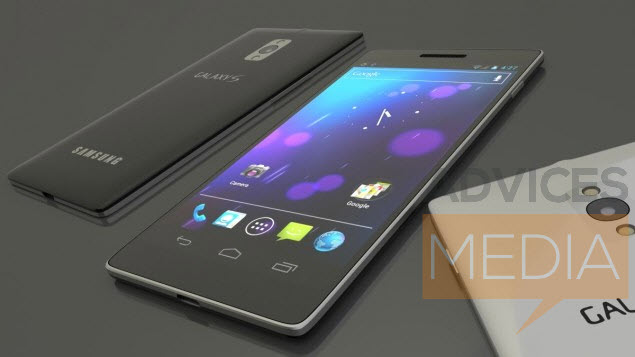 Currently Samsung is the leading smartphone manufacturer in the world, leaving Apple and Nokia behind. Samsung is competing with its own products to sustain the smartphone market. Recently, Galaxy S3 has broke the record of selling more than 20 million units. This number is expected to grow another 10 million by the end of 2012. Seeing the success of Galaxy S3, its obvious to follow S3 with S4 and S5 in near future. According to the The Korea Times, Samsung will take the wraps off the Galaxy S4 at Mobile World Congress in Barcelona in February 2013, followed by Galaxy S4 release a month later in March. Meanwhile, iPhone 5 will surely take that much time to settle in the market. So by the time iPhone 5 gets it market in 2013, Samsung Galaxy S4 will be ready to grab everything from iPhone 5 market. In fact, Samsung can expect better units sold with Galaxy S4 release.

There can’t be rumors of a new device without specs, can there? We’ve managed to rustle up some specs that are floating around the internet of the rumored Galaxy S4. Could these be the actual specs of the upcoming device?

These are the specs of the Galaxy S4 as per rumors. Apart from these specs, Samsung Galaxy S4 is expected to retail from $499 onwards. Keep in mind this might not be actual specs but just speculation, if there’s any confirmation, we’ll let you know. Guess Samsung Galaxy S4 rumors will continue to hit the market from now. Please let us know on what do you think about Galaxy S4 and its technical specifications. browser android ,game sammsung galaxy,subway,galaxy s5,free games,nokia,iphone,whatsapp,tango,face

Update: Samsung denies any rumors of a Galaxy S4 launch and says it’s all hogwash.