For most manufacturers these days, budget tablets are where it’s at. Even Indian manufacturers have come out with so many budget tablets, it’s become hard to differentiate between them (we’re looking at you, Micromax). But then again, budget tablets are usually associated with slow processors, inadequate RAM and old OS versions. Other than the excellent Nexus 7 which really shouldn’t be considered a budget tablet, there isn’t a tablet that gives you a lot for a low price. That’s all set to change with the Acer Iconia B1 budget tablet, which will feature specs similar to a certain older 7 inch tablet which launched at 159$. 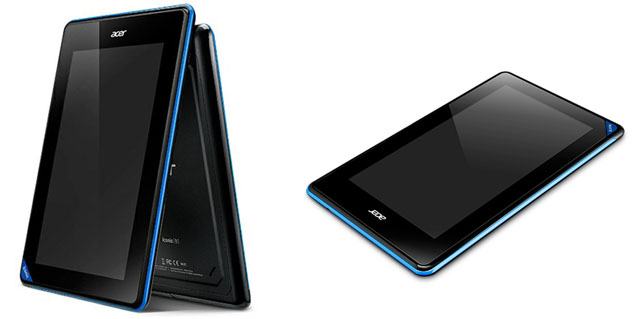 Although the battery capacity hasn’t been mentioned yet, the above specs aren’t particularly power hungry. Sure they’re not cutting edge, but they will do the job. It wasn’t too long ago that these were standard specs for new tablets, so for this price we can’t really complain. Drop us a line and let us know what you think about the new offering from Acer, yay or nay?