If there’s one thing people complained about when Windows 8 released, was that it changed too much. One of the most standard features of Windows since ages was the Start Menu, and getting rid of it didn’t sit well with most. However, Microsoft has been listening to all the rants and has decided to bring back the Start button, or at least something like it. As part of a large update codenamed Windows Blue and now officially known as Windows 8.1, Microsoft is overhauling Windows 8 and adding a whole bunch of new features and apps. Read on to find out more about Windows 8.1! 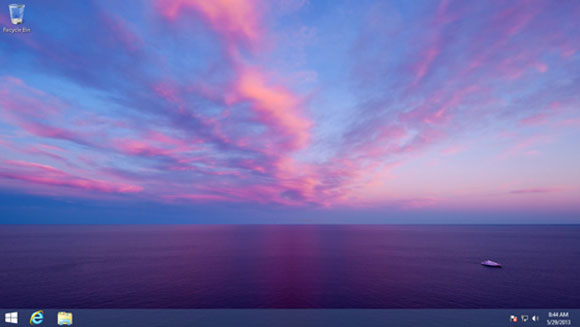 So you just couldn’t do without a Start button and all those alternatives to bring back the classic start menu in Windows 8 just don’t cut it? Here’s something you might like. A new Windows icon appears where the Start button would have been and takes you to….the very same Modern UI Start Screen. Yes, it’s not much of a change in itself, but to make the transition less jarring, there’s now an option to use your wallpaper as the Start Menu background so it gives the illusion that your tiles are appearing on your desktop. It’s actually more seamless than it sounds and does looks quite nice.

As far as the Start screen is concerned, you will now be able to directly boot to desktop if you so wish. Also, a lot of Windows Phone-esque changes are being made, namely more tile sizes (big and small) and newly installed apps won’t pin themselves to the Start screen anymore. 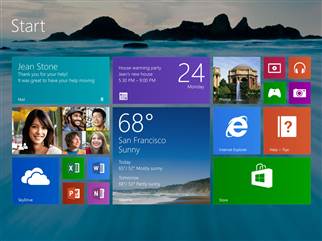 In Windows 8.1, you can now answer Skype calls and use the camera (if you have one) directly from the lock screen without entering a password, just like Windows Phone. Of course, access is restricted by this route so your gallery won’t be visible. The Start screen background is also no more static, you can set it to keep changing photos as a slideshow, from both local and SkyDrive albums. These slideshows are quite clever because they can be made seasonal or tied to a specific event like a birthday or anniversary as well. And finally, animated backgrounds will be available, though they’re going to be subtle animations instead of something over the top.

As mentioned above, there are two new tile sizes, one is a quarter of regular tilesize and the other is four times regular size. A new gesture has been added, swiping from bottom to top, that reveals the app menu and lets you sort apps based on install date, most used, size and more. Perhaps the most useful change for people who download a lot of apps is batch arrangment. You can now select multiple apps and resize or pin them in groups, which lets you arrange say, messaging apps together.

The current Search in Windows 8 displays results sorted by Apps, Settings or Files. It’s a little bit confusing to use and not particularly effective. Come Windows 8.1, you will have a much more comprehensive search that searches both locally and on the web. For example if you search for an artist, you will get links to online resources as well as the songs on your hard drive if you have them. Speaking of which, music can now be played directly from Search. The best part is, it also recognizes commands like “play” for a certain artist and also integrates apps like Wikipedia for more information. 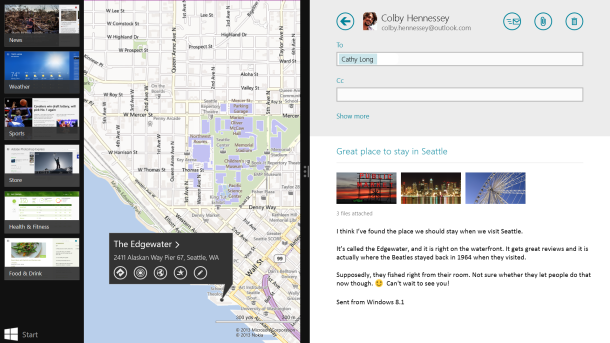 Snap view on Windows 8 let you do multiple things at once and keep different apps open. Windows 8.1 takes that one step further and lets you run upto 4 apps at once, provided your screen resolution has enough real estate to do so. The screen split is also intelligently decided, but you can still change it to your liking. It can dynamically change based on content, so it knows you need more screen space for a photo than a calculator app. This also works with multiple screens, so you can have the Start screen opened on one monitor while two other monitors run a number of apps each. 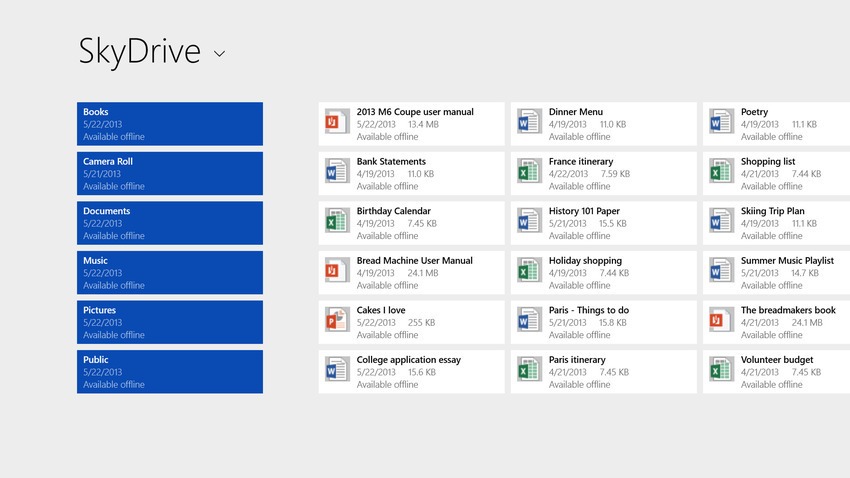 The Windows Store is getting a minor redesign as well and will now include more information in larger tiles as well as charts to let you see the top new or top free apps in your region. Probably the most significant change is that apps will update automatically in the background so no more manual updating required.

Built in apps like Photos and Music are changing as well, with Photos getting new editing features and the Music app undergoing a complete makeover. An essential Microsoft app, SkyDrive is going to get better and will sync automatically so that it can act as an actual extension of your storage instead of an online service. It will also give you the option to sync only particular types of files so if you don’t want everything to be downloaded on your computer, so be it.

Improved input for both touch and non touch devices

Along with adding more options for non touch users that allow them to decide what each “corner” does and optimizing input for good ol’ keyboard and mouse, Windows 8.1 will include an improved touch keyboard which is quite a change from the current one. It’s now much smarter and even swiping over certain keys while typing a sentence doesn’t input stray characters or letters, pretty neat.

These are just some of the new features supposed to come with Windows 8.1, and a lot of new first party apps will be introduced as well that would make the operating system more complete when first installed. The Build conference should reveal more of the changes, so stay tuned for more about this new update. Do let us know what you thought about the Windows 8.1 Preview!