So the inevitable has happened. We knew from a while that HTC wasn’t going to be left behind with every other manufacturer launching large screened smartphones, or “phablets”, as they’re popularly known, and so we have the HTC One Max. At first look, it looks quite a lot like its cousin, the excellent HTC One, but there are several differences between them. However, not all of them make it a considerably better purchase, so read on for more about the new HTC One Max! 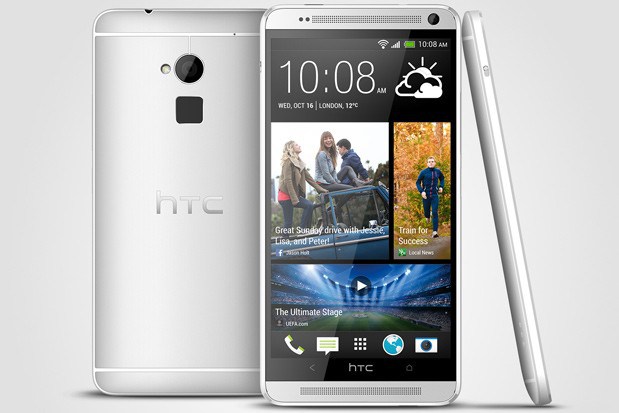 HTC One Max Specs and Features

If you’re a fan of oversized phones, there are now some pretty great options, you have the Samsung Galaxy Note 3, the Sony Xperia Z Ultra and now there’s the HTC One Max as well. So, how does the Taiwanese giant’s offering compare to the other two? Let’s start with specs, while the other two pack in the more powerful Qualcomm Snapdragon 800 chipset, the One Max unfortunately still comes with the same Qualcomm Snapdragon 600 chipset found on the One. It’s no slouch, but if you’re talking raw numbers, it’s definitely a downside. It’s got 2 GB of RAM like the Xperia Z Ultra, which is plenty, even though the Note 3 has 3 GB RAM. Rest of the internals are pretty similar, here’s the full specsheet:

The excellent UltraPixel camera, basically the same unit on both the HTC One and One Mini, is reused in the HTC One Max, but unfortunately lacks optical image stabilization. Design wise it’s pretty similar to its siblings, but this time, the phone isn’t one solid slab of aluminum like the One, and has a removable back cover to accommodate the MicroSD slot. The expandable storage, sorely lacking on the HTC One is definitely a boon, but you’ll have to compromise on the chassis feel. Oddly enough, the battery still isn’t removable. Another much welcomed and probably logical change, due to the massive size, is the new power button location. Instead of being integrated with the IR blaster, it’s now on the right side, near the volume rocker. You’ll also probably notice how heavy it is, weighing in at a whopping 216 gm.

Now we come to the big changes. Due to the split from Beats Audio, the HTC One Max doesn’t carry Beats branding on the rear, and the speakers are now simply called BoomSound speakers. It’s not a noticeable difference in terms of quality, but it’s a change nonetheless. The biggest new addition is the fingerprint scanner like the iPhone 5S, which is both good and bad in equal measure. Located just under the camera sensor on the rear, it’s rather difficult to use with one hand, and thus misses out on accuracy. However, some of the features tied to it are pretty cool. It supports upto 5 fingers, so you can have multiple people able to unlock the phone, and you can even assign different apps to open on swiping different fingers. So you can open the music player with your index finger, internet browser with your thumb and so forth. It’s a great idea, but not very well implemented. Both the Galaxy Note 3 and Sony Xperia Z Ultra lack a fingerprint scanner. Finally, the One Max comes with the latest Android version as of now, Android 4.3, out of the box. Of course, there’s the HTC Sense 5.5 overlay included. Overall, it’s a departure from the usual for HTC, which almost always played catch up to Android OS versions.

The HTC One Max should be available If you look at it objectively, the HTC One Max is simply an enlarged HTC One with a fingerprint sensor, larger battery and expandable storage, so it’s a lot more of the same, which can be good or bad depending on how much you like the HTC One. While the Galaxy Note 3 comes with a whole slew of features tied to the S Pen and the Xperia Z Ultra banking on its ruggedness and huge screen, do you think the HTC One Max is a viable choice? Do let us know via the comments below!