Social media is the most interesting form of communication, but how many of you use emails? Whether for professional use or commercial use, your email is quite precious isn’t it? Are you frustrated with a whole lot of spam mails in your Inbox? Then Google has interesting news for you. Although the problem hasn’t completely vanished, the search giant Google is sure to win the decade old war against spam emails. 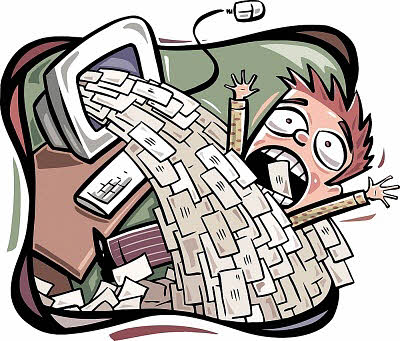 With the enormous use of emails, Google has set its foot down to help its users prevent fraud mails. It won’t take you too long now to segregate your inbox as there is a gigantic amount of reduction in spam, scams and phishing mails. Since a decade, constant work has been going on to keep scam mails from entering your inbox.

In a blog post, Google revealed that the efforts put against unauthenticated emails are paying off. The spam emails are used by phishers and spammers around the world to fake email addresses and betray users. Majority of the non-spam emails Gmail users receive are authenticated to fight phishing.

Around 91 percent of non-spam emails are sent from authenticated senders, which help Gmail to filter the billions of spam emails every year from entering the users’ inboxes. With the development of email authentication standards, Google is all set to put an end to spam mails and other phishing scams. Creating the standards and getting domains to use them were seen as the major challenges. DomainKey, identified Email and Sender Policy Framework have been widely enforced by industry authorities and groups for authentication standard of emails, since 2004. 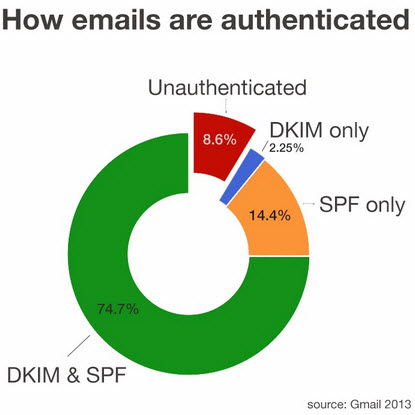 Google cautioned domain owners that at least 1024 bit keys need to be used. The use of weak cryptographic keys (512 bits or less) is one of the major sources of configuration errors, in relation with DKIM. Domain owners, who never send emails should take up DMARC, create a policy and be identified as a ‘non-sender’ domain.