The hugely popular MMORPG World of Warcraft’s brand new expansion pack is set to release on September 25! Dubbed Mists of Pandaria, this highly anticipated expansion was announced back in October 2011. Initially met with skepticism because of its change of tone from the previous expansions, Mists of Pandaria is now being met with positive reactions. Mists of Pandaria brings with it a lot of changes to the way characters level now, gone are the times when skill ranks had to be learned and even the talent trees are being done away with in favor of simpler choices where the player can choose one of 3 important skills at a certain level range which will then decide the specialization.

All the action takes place on a long lost continent magically hidden since the Great Sundering and now revealed after Deathwing’s fall. The main new race are the Pandaren, anthropomorphic giant pandas. For the first time in World of Warcraft’s history, Pandaren actually start out as neutral and then get the choice to join the Alliance or the Horde. There’s tons of new features that are sure to keep World of Warcraft players engaged. Moreover, it’s good to have a change from all the doom and gloom prevalent in the previous expansions to something more colorful and vibrant. Mists of Pandria features heavy influences from Chinese culture and it’s visible in Pandaren buildings and the like. Unlike previous expansions where there was one ultimate baddie hell bent on destroying/taking over the world, Mists of Pandaria is said to focus more on the Alliance vs. Horde conflict but apparently there’s a bigger secret lying uncovered…at least that’s what we’ve heard. So let’s have a look at some of the new features, shall we? 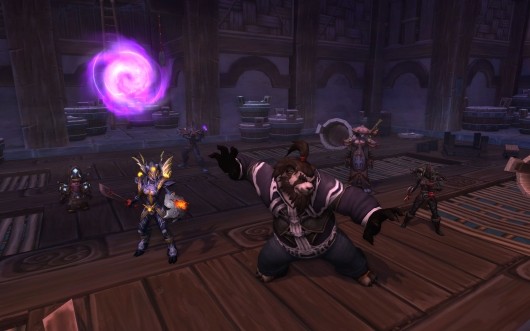 World of Warcraft: Mists of Pandaria is now available for pre-order, buying it now enables you to log in the moment the game goes live on September 25th! The standard edition containing the game is for 39.99$ while the Collector’s Edition costs 59.99$ and will include a bonus in game pet and flying mount. Check out the official site for more details.

Many a MMORPG have come and gone but World of Warcraft is still going strong at 10 million plus subscribers all over the world, let’s see what Mists of Pandaria can do to those numbers. We sure are excited, are you? Leave us your comments or questions below!