When you get a new computer or just reinstall your operating system, there’s always a certain list of software that you’d install, to enhance basic functionality. There are some popular computer programs recommended by everyone, but they might not be the best or lightest available. If you’re like me and want your computer to run fast and light, you should consider switching to these lesser known, yet fantastic programs that let you do pretty much everything their better known alternatives can, only faster. So here’s the top 5 alternatives to the most commonly used programs! 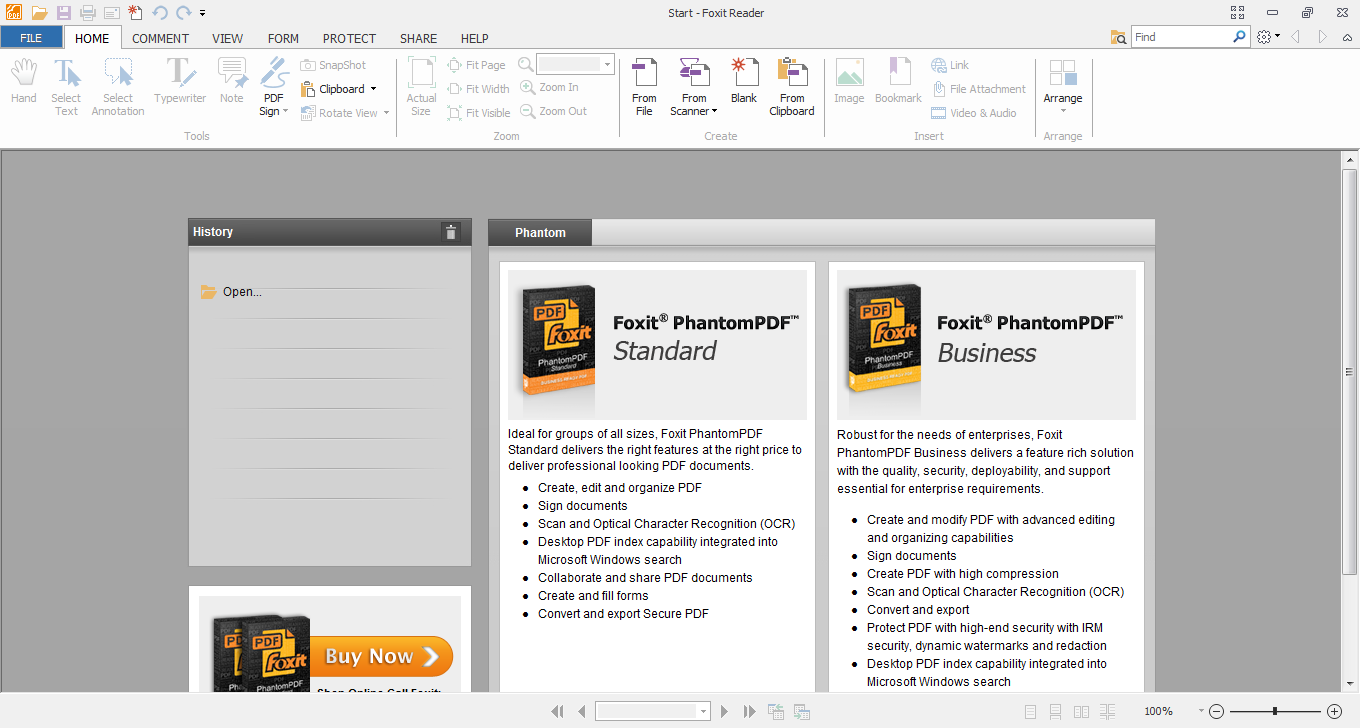 PDF (Portable Document Format) files are pretty much the best way to share books and written/typed material. You can also use this format for forms, pictures, scanned files and so much more. Beginning life as a proprietary format at Adobe meant that the Adobe Reader was pretty much the only way you could view and edit PDF files. However, once the format went open source in 2008, there have been numerous programs to go against the widely used Adobe Reader, of which Foxit Reader is among the best. Lately though, Adobe Reader has become quite bloated, and requires an unnecessary amount of space and background processing to just read PDF files. We recommend getting Foxit Reader instead, which lets you view PDF files, just like Adobe Reader.

Tons of people swear by VLC Media Player and for good reason. It’s a great video player by all means, and I might get flak for suggesting an alternative, but hear me out. The less programs you have installed, the less conflicts you’ll have. Plus, most of us just want to one click and watch movies without fiddling with too many settings. So instead of getting an external video player, consider downloading the K-Lite Codec Pack. Out of the box, Windows Media Player doesn’t support too many formats, but with this codec pack, you can run any video and audio format without having to depend on another player. In general, Windows Media Player is quite fast and efficient, it only lacks in the external file format support department, which is covered by the K-Lite Codec Pack. 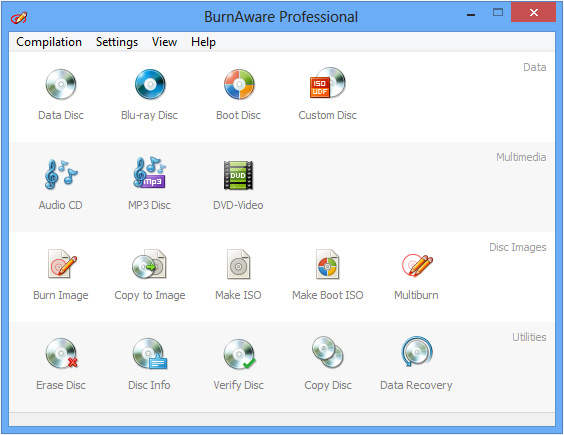 Physical media might be slowly dying out in favor of digital downloads, but you can’t argue that discs are still very much in vogue. You can get a DVD writer for dirt cheap these days and Blu-Ray writers aren’t too expensive either. Windows has an inbuilt feature that lets you burn discs, but it offers only the most basic options and isn’t very reliable either. This is why you’d need disc writing software. Nero BurningROM has been a crowd favorite since years, but has lately turned into bloatware, so we’ve had to look for other software to take up burning duties. BurnAware is a great option for creating and writing discs, and even includes Blu-Ray disc support. There’s a couple of versions available, but the free version should do just fine for day to day burning.

CCleaner (Alternative to any maintenance programs and Windows built in cleaners) 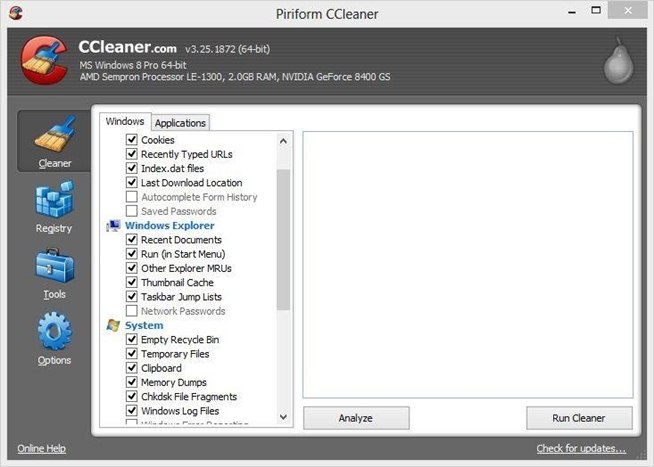 Perhaps the most well known software on our list, CCleaner is a fantastic and lightweight tool that lets you keep your computer in top shape without being too complicated. Simply select what you want to clean or remove, and two or three clicks later, you’re done. Windows unfortunately doesn’t include a cleanup or maintenance tool like it just yet, and the built in Disk Cleaner doesn’t do much justice. There’s of course tools like Tune-Up Utilities or Ashampoo Optimizer, but they’re rather complicated and might not be entirely necessary for all users. CCleaner is the best bet for all types of users and will take up hardly 5 minutes or so to get rid of all the junk on your computer. 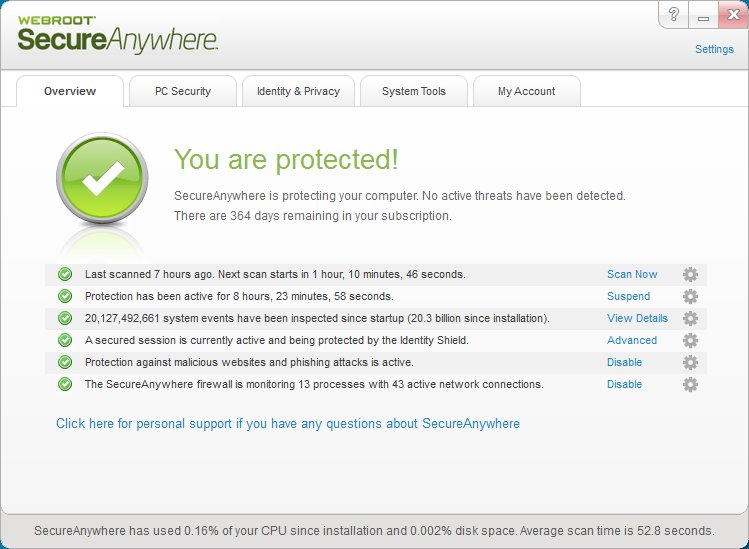 Whether you’re running a free antivirus or paid internet security suite, protection and performance should be your top concerns. Most security software provide either one or the other, and only the cream of the crop (see our list of the best antivirus software for Windows 8) provide both. However, if performance is your main concern and you still don’t want to compromise on security, then the only option that remains is WebRoot SecureAnywhere. It’s not as popular as say, offerings from Norton or Kaspersky, but it can definitely stand toe to toe with them in terms of protection. The one department in which it leaves everything else behind is speed. WebRoot SecureAnywhere offloads all work to the cloud, and keeps just one file on your disk. The entire installation is under 5 MB, and it still boasts of an excellent set of features. A highlight is the computer scan time, which is under 3 minutes or so, for a full system scan! Basically, for the least amount of resources used, you’re getting the most protection.

So those were our choices for the 5 must have lightweight alternatives to commonly used software. It might take some time for you to get used to them, but if all bloatware is replaced, you’ll definitely notice how much faster your computer runs. Do let us know if you have any other alternatives to add to this list and speed up your computer!