It’s that time of the year, almost all companies have released the 2013 editions of security software and the race for best antivirus 2013 is on! With Windows 8 looming on the horizon, companies have been working overtime to make their software work with Microsoft’s new OS. If you observe, a lot of the products have had a complete makeover to keep in line with Microsoft’s new modern interface as well. Most of the older 2012 editions don’t work with Windows 8, and it’s pretty much mandatory to get a new 2013 edition of security software for people who buy new PC’s or decide to upgrade to Windows 8. So without further ado, here’s our best antivirus 2013 for Windows 8!

Long time AVG users will see that there’s a big change in the 2013 edition of AVG Anti-Virus. With a new Metro based look, AVG remains a great solution at blocking malware and has a pretty good firewall as well. Heuristics suffers a bit though, and it lets some malware go unnoticed. The other downside is that AVG Anti-Virus 2013 is difficult to install and run on already malware infested computers, it’s better at keeping threats at bay than actually fighting them. Malware cleanup is also good, on par with BitDefender. If you’re an AVG fan and are mostly looking at keeping the nasties away, AVG Anti-Virus 2013 is a good choice. The interface of AVG’s free and paid antivirus is the same. 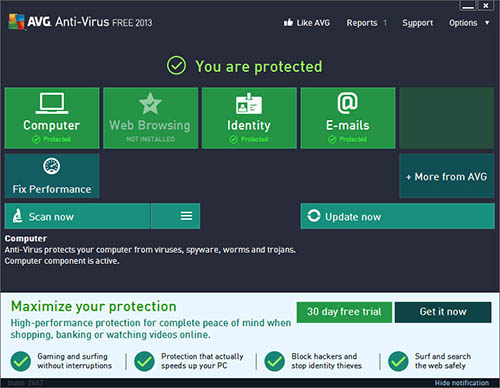 The Russian giant hasn’t changed much from the 2012 edition visually, but Kaspersky Anti-Virus 2013 remains attractive and has a few new tricks up it’s sleeve. With excellent malware detection and cleanup rates, Kaspersky makes a bold statement for the best antivirus 2013 for Windows 8. The Kaspersky Network constantly updates the program about threats, so you can rest easy knowing that even the newest threats will be accounted for. Installation is easy even on infected systems and the anti-phishing works well too. The ability to block programs from exploiting a vulnerability and fix common problems like a disabled task manager, registry editor etc. due to malware is great. But Kaspersky can be a bit too intrusive with some files and deleted them without asking. Furthermore, scans are rather long and most disinfection procedures will require a restart which will be done without asking, so better not do any work during that time. Overall great protection, but slightly heavy on the resources. 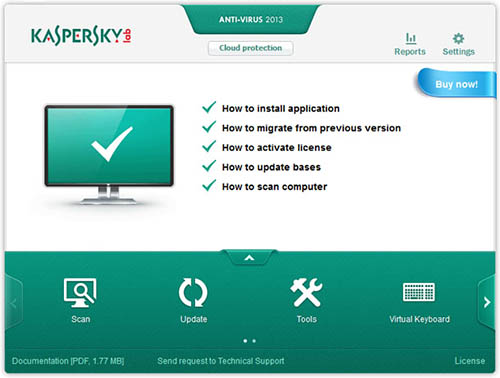 BitDefender products continue to be excellent at malware detection and removal but have started becoming bloated of late. Amongst the five best antivirus 2013 for Windows 8 listed here, it’s the heaviest on resources, weighing in at almost 850 MB! Nevertheless, it provides great protection and the Rescue Mode is a fantastic addition which lets you boot into an alternate OS and perform a cleanup. Speaking of which, cleanup is thorough but takes quite a long time and it can cause problems with missing Windows files and such. It still remains a bit too intrusive and often flags safe programs and services as malicious. The bonus features are good, the vulnerability checker looks for any weak passwords, browser and program vulneratbilities and offers fixes. Anti-phishing works well too. If you’re okay with a slightly heavy but feature rich program protecting you, BitDefender Antivirus 2013 is for you! 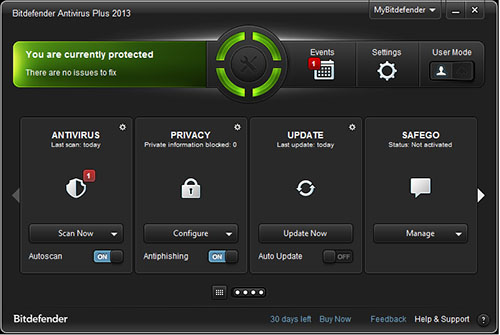 Webroot SecureAnywhere AntiVirus 2013 isn’t as well known as the other names here, but it has the distinction of being a really unique product. What’s so great you ask? How less resources it consumes and yet how much protection it offers. The installer clocks in at less than 3 MB and the total space used is around 15 MB! It still doesn’t skimp on the protection though, malware detection and cleanup are still top notch. It uses a unique system in which most of the files are stored on a remote server and thus there’s hardly anything actually on your computer. Scans are blazingly fast, and even complete hard drive scans which take 40 minutes on other programs are done in under a minute. While it omits some features like anti-phishing and parental control, we can’t really complain due to the tiny size it and protection it offers. Webroot SecureAnywhere AntiVirus 2013 does a great job of the core protection but doesn’t have many bonus features. So if you have an old computer bogged down by resource intensive programs, and just for the new technology it uses, we can’t recommend Webroot’s offering more. 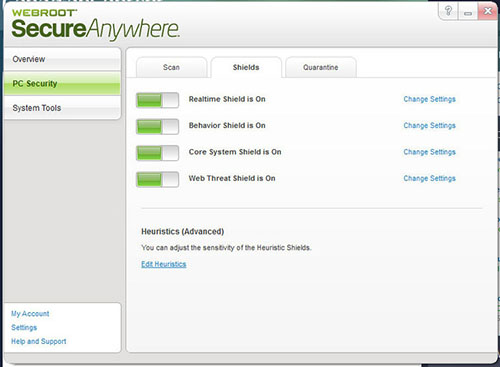 Norton has been facing a lot of flak over bloated and non performing software, but since 2011 editions it has really improved. The 2013 edition is a complete refresh and now features will be rolled out any time during the year instead of just with new editions. The interface has been changed keeping the Metro UI in mind. Norton AntiVirus 2013 installs easily on malware infested systems and even comes with a bootable utility to fix particularly troublesome malware. With almost 100% detection and removal rates of all kinds of malware including trojans, rootkits and excellent behavorial analysis, Norton rarely flags safe programs as suspicious. Blocking rates are very slightly behind competitors like Kaspersky and BitDefender, but the vulnerability detector built in is really very strong. The Norton toolbar also comes with Identity Safe which provides anti-phising features and keeps passwords safe. Norton AntiVirus 2013 is amongst the best antivirus 2013 for Windows 8, and offers great protection from threats old and new without being a resource hog. The only downsides are slow scan times and slightly less malware removal abilities compared to the top competitors. Overall, Norton AntiVirus 2013 is great security software that you can trust! 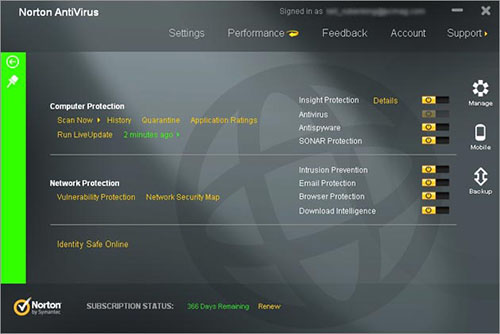 So there you have it, our list of the 5 best antivirus 2013 for Windows 8! Do drop us a line telling us what you think or feel free to ask any questions.