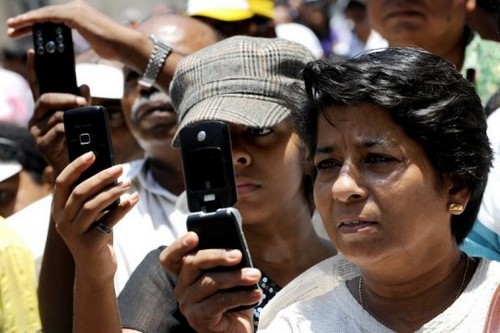 The survey said, more than 75% of the Indians visit social networking sites on their Smartphones as compared to 54% in US. While, up to 81% of Indians access e-mail on their phones as against 73% doing the same in US. According to Lalitesh Katragadda who is Google Country Head for Products said, “Culturally, even beyond the well-educated, mainstream Indians are technology curious and device savvy. We believe that the internet like telephony did, is making the leap from wired internet to mobile, and hundreds of millions of Indians will go online on their mobile devices”. 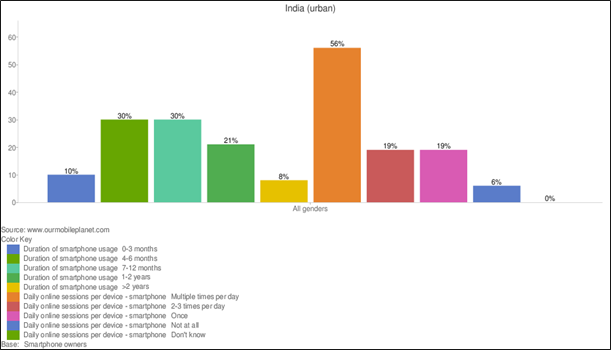 The survey also said, Of the 56% usage of Internet through Smartphones in India, 59% are males and 48% are females. The survey emphasized that people are not using mobile phones for just sending messages or making calls. But most of them use their phones to follow news, watch live TV, listen to music, check their e-mails and access Internet. A majority of 77% of the Smartphone users in India use the device to listen music. where as 35% of them read newspapers, book and magazines or watch TV while 33% use it to play games.

Finally the survey mentioned that “Smartphones, being powerful devices can act as a pocket supercomputer as well and can do a lot more than to just navigate through social networking pages”.