Sony revolutionized console gaming by launching PlayStation years ago. Sony is now all set to make a bigger impact in the gaming world. The gaming division of Sony a.k.a. Sony Computer Entertainment (SCE) made one of its biggest decisions of all time. Surprising everyone, Sony Invests $380 Million to Acquire GAIKAI, a cloud based gaming company.

Gaikai is a California based company which was established in 2008, which provides a cloud based gaming service. Yes you have heard it right. They offer a service that lets the users to access and play the games they like on several devices using Cloud. This is possible as they make games available on cloud and any cloud enabled can access that game be it through tablet, laptop or a smartphone. 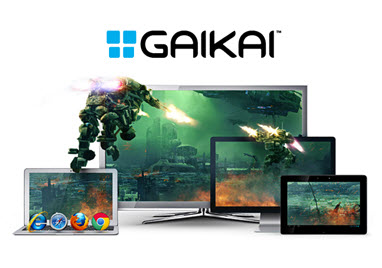 We all are happy with the concept of accessing a file over cloud be it audio, video or any document. But if you think high end games would not get that interesting as on their original device then you are mistaken. Many users have already been using the Gaikai services, Since they are providing a big library of games including small flash games to high end games. Games like Alan Wake, NFS RUN, Sims 3, Saints Row 3 are already been installed in Gaikai previously.

Heavy assumptions are being made such as,  Sony going a step ahead to make a better experience on their forthcoming PS4. They want it to integrate a cloud based gaming in it. But what remains the hot topic is that how far it will affect the much hyped Play Memories Online. Play Memories Online is a cloud storage service by Sony which is made accessible also via the PS3. It provides its users 5GB of storage to store their videos or music. Apart from that users can use their PS3 to view and edit HD videos using the Play Memories Online Studio. Users can use the studio to apply presets to images, add effects, tag and much more. Once done, it is ready and accessible via cloud on several cloud enabled devices.

Andrew House, President and Group CEO of Sony Computer Entertainment explained about the forthcoming service as  – “By combining Gaikai’s resources including its technological strength and engineering talent with SCE’s extensive game platform knowledge and experience, SCE will provide users with unparalleled cloud entertainment experiences. SCE will deliver a world-class cloud-streaming service that allows users to instantly enjoy a broad array of content ranging from immersive core games with rich graphics to casual content anytime, anywhere on a variety of internet connected devices.”

This could be a huge plus factor for the PS4, if Sony is planning to integrate this idea. We already gave a go to the PC version of cloud gaming. You must have have a decent internet speed to access games over cloud as that is the basic need for lag free play. If trying to play a game from their library on a PC, the game is launched in one of their servers and is made available on your browser using the java applet.

If all the speculations are correct and PS4 gets Gaikai’s cloud gaming in it, then just imagine a world where you can access your favorite PS game anywhere on a cloud device. Also Gaikai’s CEO David Perry stated “SCE has built an incredible brand with PlayStation and has earned the respect of countless millions of gamers worldwide.”

Finally what was stated said it all, the intention and what was incoming – Sony plans to “establish a cloud service and expand its network business by taking full advantage of Gaikai’s revolutionary technology and infrastructure including data centers servicing dozens of countries and key partners around the world.”

After cloud based storage went live the world was astonished by its features as it literally made anything accessible from everywhere. After this step we can imagine a much advanced digital world. Let us know what you think and feel about Cloud based gaming via comments. Also you can test the cloud gaming by visiting GAIKAI’s website and share your experience with us.