Are you one of the many who’ve waited to buy an external hard disk since long?  If yes, here is good news for you. Almost every portable drive in the market, is now available at a 20% discounted price. Infact, it’s more of a price cut than a discount. Last year in the month of November, floods had hit Thailand so badly that almost 13 million people were homeless. Every factory in Thailand had 4 feet water in their base camps, for a few weeks. Production was stopped and the hard drive market saw almost a 100% increase in price. According to market expectations, the prices were supposed stablize by the end of March 2012. But there was no decrease in prices of hard disks, not even 1%. Meanwhile, Seagate, in the month of November 2011 has announced that their hard disks prices cannot go down till the end of 2012. This was a big news for hard drives market, since Seagate was ruling the Asian market since the past few years. Where as in US, people were expecting the prices to come down to half, by the end of April. Also the same case with India, where the market was expected to be back by May 2012. 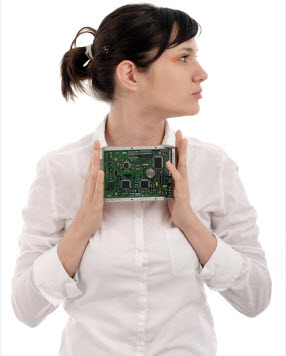 Although slightly late, prices of hard disks have now fallen down. It’s August now, and the prices are almost 20% down. There are a lot of reasons for this happen. The first reason I would say, is the competition between the hard disk manufacturers. Seagate and WD are the biggest competitors so far. These two companies have made a lot of strategies to bring each other down. Whereas companies like Buffalo, Sony, Transcend, HP, IOmega, Toshiba, Silicon Power are still struggling to establish a strong Asian market. Comparing the market from past few months, Seagate and WD hard disks were priced extremely high. Where 1TB portable drive was priced Rs: 6700/- ($125), which is now reduced to Rs: 5425/- ($100). The same case with WD products, where the prices were bought down tremendously low. Let us check out few rates in WD and Seagate products from past two months. We are comparing both 500GB and 1TB portable drives below.

Meanwhile Sony and Transcend have not made drastic price changes. Sony is now selling their  500GB External Hard disk for Rs: 5400/- which is around $100. And Transcend is selling the same 500GB hard drive for Rs: 4300/- ($80). Sony is not providing 1TB Hard drives in the market that efficiently. Transcend still prices its products on the higher side. Apparently, they don’t care much about the competition. If we look at 1TB Portable hard drives, the case is similar to what you see above.

The price changes are quite evident from the above table. Transcend, still sell their 1TB hard drive for Rs: 6200/- ($115), which is pretty expensive in comparison. Seagate is pricing their products aggresively. Check out the Seagate Expansion Hard Drive 2 TB in Snapdeal, where you get this for just Rs. 6899 ($127) and mean while Amazon is selling the Seagate FreeAgent GoFlex Desk 3 TB with USB 3.0 External Hard Drive (STAC3000102) for just Rs. 7560/- ($140). This is very cheap looking at the portable hard disks market as of now. You can just check out a lot of other offers in Amazon and eBay on external hard disks, you just have to look in the right placces.

Internal hard disks, however, still remain surprisingly expensive and don’t really make much sense when compared to their external brethren. We will get you the latest updates on any changes. Please drop us a line if you have any comments, suggestions or queries.