If you are a Airtel 3G customer, you might have faced a lot of 3G connection problems. Airtel 3G slow internet problem has frustrated millions of people all over the country. There is no proper customer support/help from Airtel so far. People are complaining about Airtel 3G services in consumer forums like grahakseva.com, complaints-india.com and broadbandforum.in. Their main query is, Why Airtel 3G has a slow internet connection?  To my surprise, I saw over 2000 legal complaints and cheating cases on Airtel in the above mentioned sites. These complaints were made by Airtel 3G customers all over the country. These websites are considered to be the most famous consumer help sites in India. Out of all the cases they have, Airtel is the company which registered the highest number of complaints from past one year. Also, there are no proper answers to any of the queries asked there. Previously we have addressed few problems on selecting a best 3G dongle. 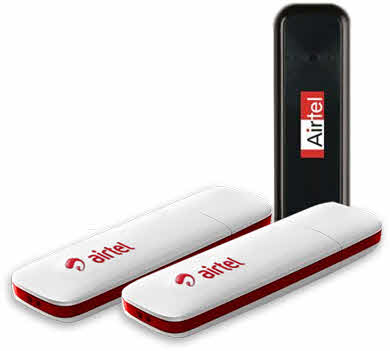 Trying to find out the solution, We have found an amazing way to speed up your Airtel 3G speeds. This problem is mainly seen in Airtel 3G dongles, where people pay for 3G services and get 2G benefits. This is really frustrating for a common man, specially when they are engaged in a serious work on Internet. You might have faced this problem of low 3G connection speeds, which will never go beyond 20kbps speed. This problem can be solved with a simple tweak. This simple tweak will make your browsing speed from 20kbps to 700kbps. So what are you waiting for? Lets get started.

The first thing you have to keep in mind is, Airtel 3G services will not be active in all places you travel. These services are restricted to 3G and 2G zones. Which means, when you are in a Airtel 3G zone, you will have access to 3G network. Other times, you have to adjust with 2G network. Airtel will automatically shift the services from 3G to 2G networks. Usually this will happen due to weak 3G signals. Now you might be wondering, How can I find out whether I am in 3G zone or in a 2G zone? Well, this is pretty simple. Your Airtel 3G dongle comes with a back light under it. You can actually see any one of the Green or Blue lights in it. So whenever it is green, it indicates a 2G network. And whenever it is Blue, it’s a 3G network. These colors are automatically seen when you connect your Airtel 3G dongle to Internet. However, if you are use any Universal 3G Dongle, the procedure is different.

Sometimes even if you are in 3G zones (Blue light) you might experience slow internet speed. Even this has a reason. As I told you earlier, Airtel will automatically shift the networks to its wish. Now we need to change them back to  normal. To do this, you need to follow this simple tweak. 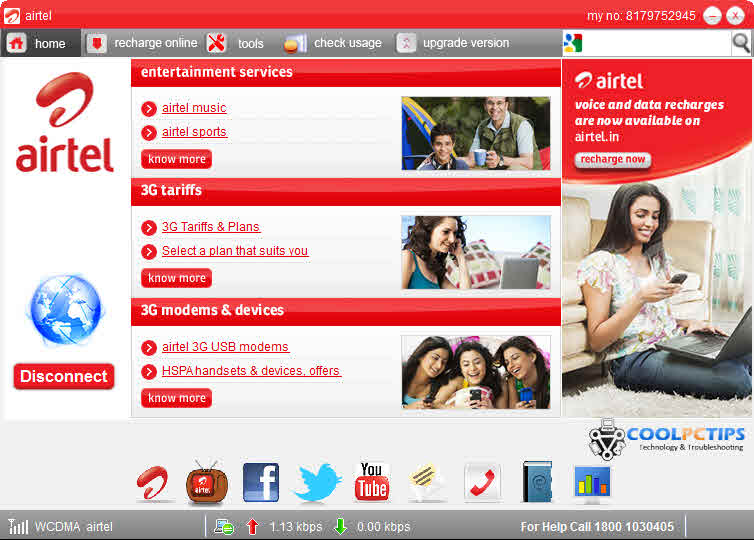 Step 3: Once you clicked on Options, you can find Network option to the left. Click on it to see the Network Type Settings and Registration Mode.

Step 4: Change the setting to WCDMA only in the Network Type section. And leave the Band as All Bands.

Steps 5: Now click on Registration Mode and Change the settings to Manual search and register.

Click on refresh below to show the list of available networks. You will find a Airtel (3G) operator name as seen in above screenshot. Now click on it and register the network. Click on OK and try to open any page.

After this tweak, you will observe the download and upload speeds getting much better. Try this tweak with your Airtel 3G dongle and let me know if it’s working for you. Even after this tweak, if you find your Internet 3G speed is low, then either you are not in a 3G zone, or you have not registered with a 3G network as shown in step 5.

If none of this works, I recommend you uninstall your drivers completely and install them again. This is one way of checking whether the software is installed properly or not. I hope this simple trick can bring you much higher 3G download speeds. It’s working amazing for me. Keep surfing and please let me know if you have any queries.