The long awaited Windows 8 has finally gone gold! For those who don’t know, “going gold” is an expression that comes from the fact that the final reference copy from which commercial copies are made is molded in gold. Therefore in simple terms, “going gold” means the final version that will be released to consumers is complete. This version is Windows 8 RTM. Before it actually appears on shelves on the official release date, a final version called RTM is sent to developers and manufacturers beforehand so they can start assembling devices and computers in time for retail release. RTM stands for “Release to Manufacturing”.

So basically, RTM is the final version us common folk will be able to grab off shelves on October 26th, 2012 which is the retail release date. Also, Windows 8 computers and tablets will be available to purchase on that day and yes that includes the Microsoft Surface. For those curious, the final build of Windows 8 RTM is 9200 and not 8888 as previously expected, although that would have been fitting. The complete build is 9200.16384.WIN8_RTM.120725-1247. Reportedly, there have been leaks of the RTM version and more new features not in the release preview are present. For now, we know that there are more customization options than previously known, which includes themes, wallpapers, color schemes and the like. For more information about the new features in Windows 8, check out our preview here. 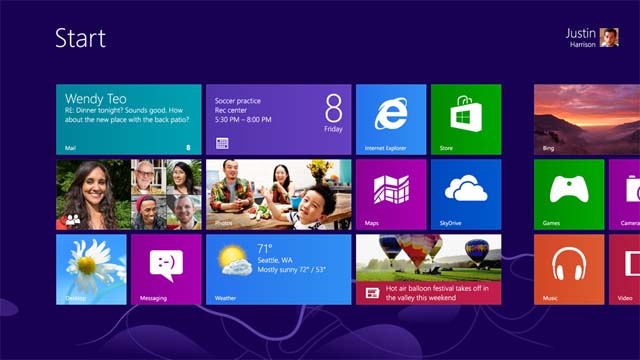 Now, even though Windows 8 RTM is complete, the availability for developers and manufacturers still varies. Other than release schedule, we also know of the editions Windows 8 will be released in, you can check them out here. Curiously, other than the 15$ upgrade from Windows 7 to Windows 8 for PC’s bought since June there have been no announcements on pricing. If you have a new Windows 7 computer, check for your Windows 8 upgrade here. Here’s the release schedule:

Apart from Windows 8, even Windows Server 2012 has reached the RTM milestone. We’re pretty excited about the Windows 8 release and can’t wait to sample Microsoft’s new operating system. Now that it’s almost final, what do you think about the complete reinvention of Windows? Let us know by dropping a comment below!