If you have a 3G dongle, you might have surely searched for the best 3g network providers in India. We usually look for high speeds, good network coverage, low tariff plans and good customer service. Taking all this into consideration, it’s very difficult to find all of them  in a single network provider. We need a lot of research to get the best 3g dongle in India. Mostly, 3G services will depend on the area you live in. Some areas might have 3G network feasibility, and some may not. Whatever may be the reason, you should have good browsing experience at the end of the day. 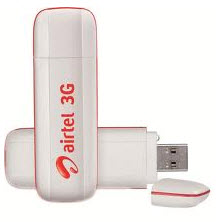 If we are purely talking about 3G signals, Airtel is the among the best 3g network providers in India. Currently ranking number 1, Airtel has dominated almost every 3G Network provider in India. With excellent 3G speed and good customer support, Airtel stands out to be leader in 3G network providers. Airtel had some issues with its connection manager, which can be fixed with a simple upgrade. While coming to the 3G tariff plans, Airtel has recently cut down there 3G prices to 70%. This made a lot of people to shift to Airtel from other 3G network providers. Airtel 3G is currently functioning in more than 20 states in India. The best part of Airtel 3g is, you can find the 3G signal is almost every part of the country you visit. But make sure to set your Airtel dongle speed from 2G to 3G network. While coming to the speed, you can expect Airtel 3G to speed up to 7.5MBPS only. But usually you cant see more than 5MBPS in any part of India. 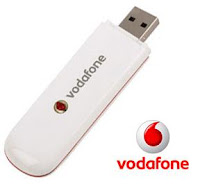 Vodafone is considered to be the most silent competitor in 3G network providers.  Coming to the 3G network signals, Vodafone was quite impressive with with decent data transfer rate. But, a lot of people are complaining about their 3G tariffs. People say Vodafone is bit expensive, when compared to other 3G network providers. And there are no much attractive 3G tariff plans, which can satisfy a user. The best example for this is, recently all the 3G network providers has announced a huge cut down in their 3G tariff plans. Everyone was cutting down their 3G rates to  70% – 80%, whereas Vodafone announced a 2paise per 10KB download. This plan from Vodafone was not that impressive. But coming to their other 3G tariff plans, this is slightly better. If you are trying to buy a Vodafone 3G dongle, you must spend Rs 1799 to buy the dongle itself. Instead of that, you can buy any Universal 3G data card dongle and put a Vodafone SIM in it. If we take 3G signals and good coverage area into consideration, Vodafone will surely stand in the second place.

Being one of the best 3g network providers in India, BSNL 3G was never in news, be it the 3G tariff plans, or the 3g signal strength. BSNL was never a first option to buy. BSNL provides country wide data roaming plans, with no additional cost. If you are a frequent traveler, then BSNL 3G data card should be your choice. The only drawback in BSNL 3G network is, you may observe congested network in dense areas. Whereas the 3G download speed will not exceed more than 3.6Mbps. If you are using this BSNL 3G dongle in highly populated areas like Mumbai, Hyderabad and Chennai, you will surely see a drop in network. You can get your BSNL 3G dongle with a lost cost penta tablet for just Rs 3250. 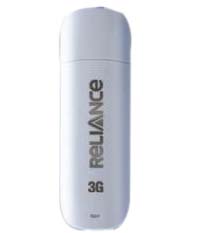 Reliance communications is one of the biggest and best 3g network providers in India. 3G has good 3G tariff plans for their postpaid customers. Even the prepaid plans are quite impressive, but not that great compared to other 3G network providers. The excellent bill shield plan from Reliance 3G offers 20p/MB for their postpaid users. While coming to the 3G network signals, Reliance offers a very good speed in almost every part of the country. But, this is limited to certain circles only. Usually when you exceed your unlimited 3G quota, your 3G speed will down to 2G network. Here, you will experience very slow data transfer rate of 64kbps. Usually it will be 128 kbps in other 3G network providers. This will take at least 2mins to open Google homepage. But when you are in a 3G zone, you can experience a data transfer of 5Mbps easily. 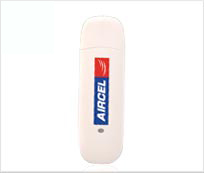 Aircel has the best plans for mobile 3G users. Usually, their 2G unlimited plan for 30days start from Rs 198 (with 1GB 3G Internet speed). Apart from these plans, there are a lot of student packs and mini plans, which attracted most of the youth in India. Coming to the Aircel 3G dongle plans, the 7.2 Mbps plan will start with Rs 697 (5 GB unlimited Internet speed). While the signal strength is very high in areas like Chennai, Kerala and other parts of the south. You might experience slight lag in busy areas and day time. Aircel 3G dongle is a bad choice for people who want to roam more. Because the 3G roaming is limited to 3G circles only. Whereas 2G signals are very poor in many circles. Recently Aircel attracted a lot of 3G users by selling iPhone 3Gs for just Rs 9999.

These are the five best 3g network providers in India. If you are wondering about Idea 3G, forget about it. Idea nowadays has the worst 3G signals in the country. With frequent server issues and low Internet speed, Idea has lost their users trust and goodwill. Whereas MTS is doing good in Mumbai and other parts of its feasible 3G network areas. If you have any queries regarding the 3G  networks, please drop us a comment here.