Microsoft is going all out to integrate all of its services and operating systems so that users have a unified experience across the board. Instead of the usual update cycle, Microsoft is all set to release something called “Windows Blue”, which will add a bunch of new features to the operating systems without actually waiting for the next release as well as bring tighter integration between their desktop and mobile OS offerings. A nearly complete version of this update for Windows 8 was leaked online, so check out the Windows Blue features! 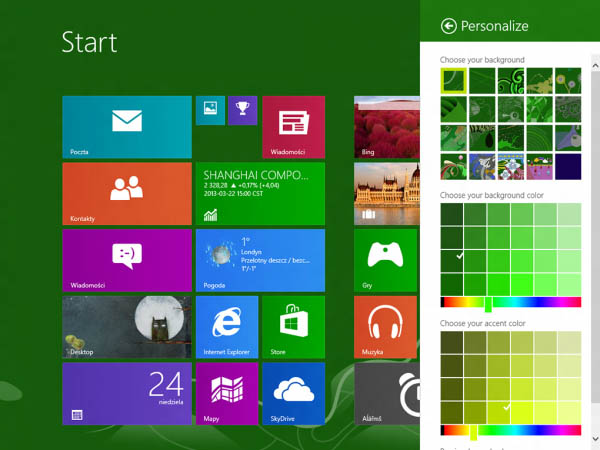 For the first time in Windows’ history, we’re going to see a fairly large change in the user experience as well as performance without it being a completely new operating system. The leaked Windows Blue ISO weighs in at a fairly heavy 2.63 GB, which means that there’s quite a lot of changes coming in. There’s a kernel update coming in as well, but the most noticeable of the changes will be the new tile and background customization options. A lot of the settings are now accessible from the Charms menu, probably to make it easy for touchscreen users. Here’s the list of Windows Blue features known as of now: This is only an Alpha build and Windows Blue is set to release within the next 6 months, with updates for Windows Phone 8 coming in as well too. Put simply, this update may have a single name, but will come to all Windows operating systems at once. Stay tuned for more Windows Blue features and tell us what you think of the new updates!