Menlo Park, California was abuzz with excitement because of the big announcement from Facebook today. Previously rumored to be only the “Facebook Phone”, the invite in fact spilled the beans by mentioning a new home on Android. The main reason for this event was Facebook Home. Mark Zuckerberg seemed to brush away all talk of an exclusive Facebook device by saying that it wouldn’t be fair to make a new experience for a single phone, no matter how good it is. It does make sense, and so Facebook Home was introduced.

So what exactly is Facebook Home? It’s technically an app that takes over most of your Android UI. Facebook Home puts your online social life at the forefront. Instead of having to unlock your phone, go to an app to check our social updates, Facebook Home alters the default phone UI and replaces the lock screen with updates. The main homescreen is called “Coverfeed”, which is a scrolling version of your newsfeed, complete with status updates, pictures, videos, shares, you name it. Now, instead of having to use an app to interact with these stories, you can simply tap, swipe and use simple gestures to like or comment. Double tapping a picture maximizes it, single tap likes it, clicking the comment key lets you comment, so on. Even notifications pop up on the same screen and can stack up, you can swipe individual ones away, or just stow them away for later introspection. Tapping on them takes you to the Facebook app. 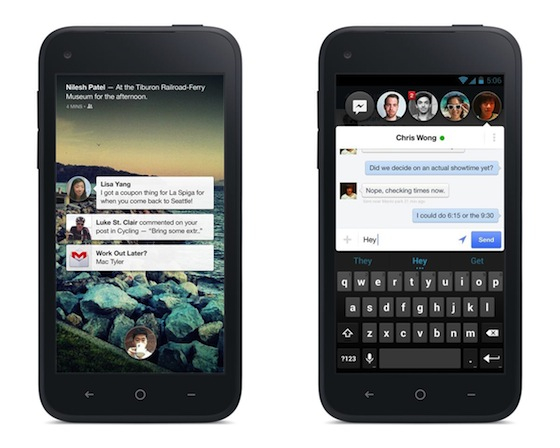 Another key element of Facebook Home is messaging. According to the developers, switching back and forth between different apps just to message someone is far too cumbersome, thus the rather nifty but horribly named “Chatheads”. This features lets you continue with IM or Chat conversations no matter what you’re doing on your phone, by way of a round icon overlay with your friend’s profile picture on it. Conversations can be had by simply tapping and expanding the chat window, while whatever else you’re doing remains in the background and can be returned to by either tapping the Chathead icon or simply swiping the conversation away. 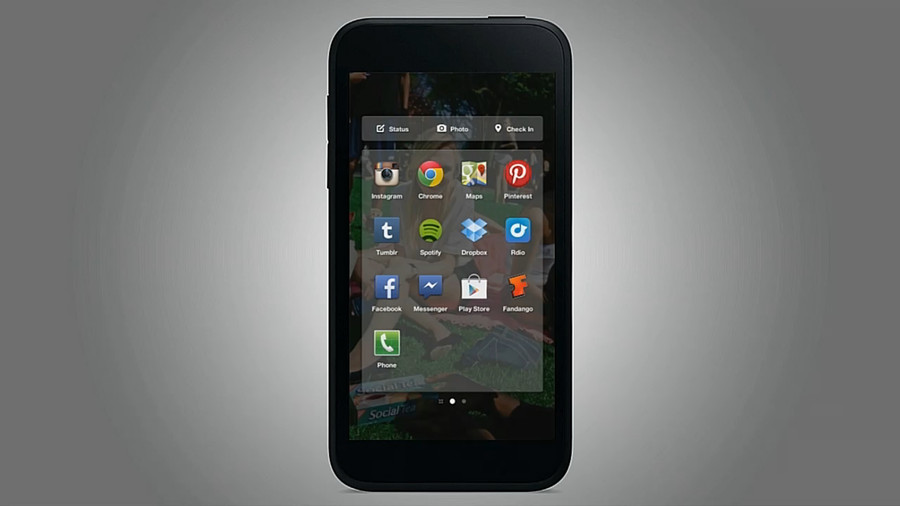 What of the original UI you ask? The default homescreen and launcher is effectively gone, but you can add your favorite apps to an app launcher screen by tapping your profile photo on the Coverfeed for quick access. This also lets you upload a photo or update your status right there. Basically, Facebook Home is Facebook, everywhere. It’s like your whole phone is just a Facebook device, effectively a Facebook Phone if you like. Probably a boon for the younger crowd, but it isn’t going to make much sense for most users, and even a lot of the younger crowd might not want their online lives occupying every part of their phones. It’s probably not going to make much sense using it if you’ve got friends that keep spamming with malicious links and sharing annoying pictures. Keep in mind that to access your profile, you still have to use the Facebook app.

Oh, and here’s the kicker. Mark Zuckerberg has confirmed that ads will make their way to Facebook Home in the near future. 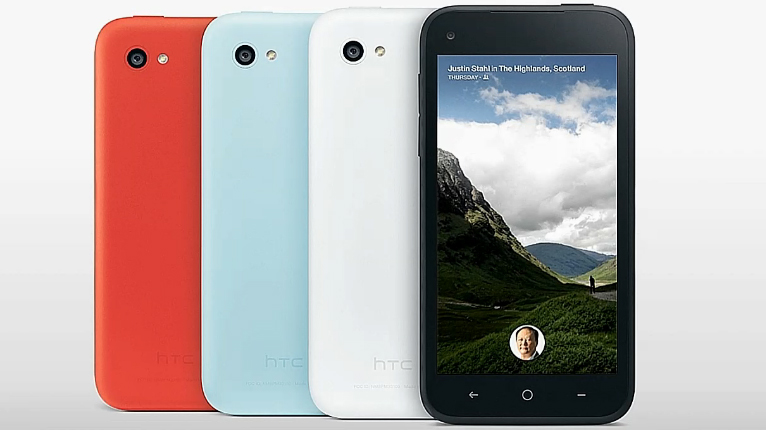 Looks like the rumors were both right and wrong. There is indeed a Facebook Phone called the HTC First, with almost the exact specs that were leaked, but it isn’t anything special. It’s just going to be a phone that comes with Facebook Home out of the box, and will be optimized for it. Going by the specs, it isn’t going to impress most techies, but hey, if you’re really buying a phone just so you can use Facebook every waking moment you wouldn’t really care for specs. Not to take anything away from the phone itself though, because it is a fairly good looking device that should do just fine as a communication device. Here’s the complete specsheet:

The HTC First will be the first (see what I did there?) smartphone that runs on the new Snapdragon 400 SoC, and will be available on April 12th with AT&T as an exclusive in North America. In the UK, it will be carried by Orange and EE. The AT&T version will go for 99$ on contract, which puts it firmly in the mid range.

So what do you think about this? Is Facebook literally taking over your smartphone a good idea? Would you go for Facebook Home? Let us know via comments below!