In June 2011, a phone was launched by HTC, branded as the “Facebook Phone”. It was a QWERTY keypad based Android handset with a custom UI and dedicated Facebook button that was aimed at social media lovers. Known as HTC Status or HTC ChaCha in some markets, the Facebook Phone didn’t do that well and was criticized for its poor battery life and somewhat underpowered internals. There’s been rumors of a new such phone since a while and the quite reliable EVleaks has released specs of it as well. The launch rumors have further been bolstered with a phone packing in the supposed specs passing through the FCC. Read on for the HTC Facebook Phone specs! 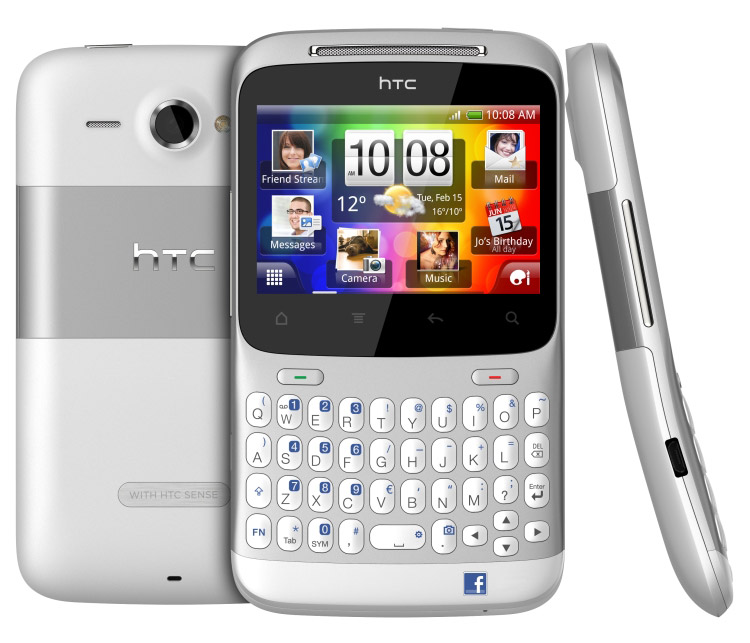 It’s not going to be a HTC One rivaling smartphone, the HTC Facebook Phone specs fall somewhere in the mid range of Android smartphones. Considering it’s mostly a social network phone, it’s the software that matters more than the hardware. Here’s the specs known until now:

The HTC Facebook Phone specs seem reasonable save for the fact that there’s no expandable storage. The smaller screen coupled with a 720P resolution should result in a clear and sharp screen and if HTC chooses to go with a Super LCD 2 screen like the HTC One X, we’re sure it’s going to be a good screen. Camera specs haven’t been bumped up from the nearly 2 year old phone but we’re sure it’s going to come with a new sensor. There’s also rumors of an UltraPixel camera making it’s way to this phone, but that’s wishful thinking according to us. Rest of the connectivity options seem on par with everything else and while Android Jelly Bean 4.1.2 isn’t the latest version, it should come with a custom HTC Sense UI aimed at social connectivity.

Speaking of social connectivity, how exactly is this phone different from any other Android smartphone? Well we’re betting that there will be a dedicated Facebook key like the last phone that takes care of all Facebook activity. This key is context sensitive, and changes functions depending on what you’re doing. For example, if you’re reading an article online and you press it, it will let you share the article and post your comments about it, if you take a photo, the key lets you post it to Facebook directly, the possibilities are numerous. On standby, the Facebook key lets you update your status as well. Furthermore, the phone is geared towards texting, messaging and sharing, so expect a great keyboard and easy sharing. So that’s all we know about the HTC Facebook Phone specs and features, tell us, do you think it’s a good idea?