Windows Phone 7 was launched in late 2010 to surprisingly positive reviews. Unlike Microsoft’s previous mobile operating systems (Windows Mobile), Windows Phone was geared more towards commercial than business use. It debuted with the refreshing new Metro interface which will be seen in the future Windows 8. Curiously, although the internal version of Windows Phone was and remains 7.1.xxxx.x, it is marketed as “Windows Phone 7.5“.

Anyway, Windows Phone 7 brought with it a lot of new features was well received. Even though it looked and performed completely different from previous Windows Mobile versions, it actually used the same kernel, Windows CE (Embedded Compact). The recently announced Windows Phone 8, on the other hand, will share the same kernel as Windows 8. This will allow for extremely easy integration and management between Microsoft’s multiple platforms. Microsoft claims that a few code rewrites can enable one to run programs in Windows 8 from Windows Phone 8 and vice versa. Also, all internal networking, security, media and more technology will be shared, down to file system. All this bodes well for ease of use and of course program and service integration. There’s a catch though, none of the current Windows Phone 7 phones will be able to run Windows Phone 8. That’s right, even the Nokia Lumia 800 and 900 won’t get upgrades to Windows Phone 8 in the interest of developing a completely new and future proof operating system. 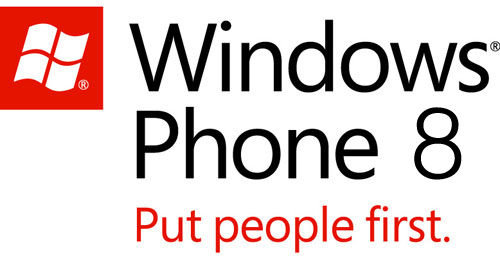 Redesigned Start Screen – The most noticeable feature is the redesigned start screen which will now allow for much more customization. Home screen’s Live tiles can now be arranged in 3 sizes with individual color palettes for a personal and unique touch. Like always, information will be visible in real time and with the option to rearrange and resize any icon, be it a setting or app, the home screen is open to unlimited personalization. 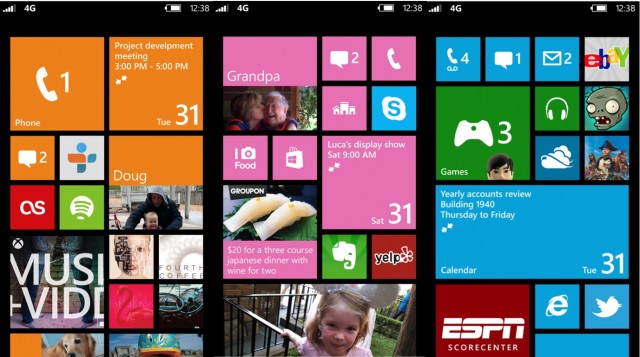 Multi-core support – Multi-core processors are quickly becoming the standard these days and Windows Phone 8 is leaving no stone unturned in trying to support them. Windows Phone 8 will support upto…hold your breath, 64 cores! Perhaps a bit too forward thinking?

Wallet and NFC Support –  NFC or near field communication is a way to share data by simply keeping two compatible close or “bumping” them together. It’s not a new technology, but support is welcomed and Windows Phone 8 takes it one step further with the Wallet app. It allows the user to store credit/debit card information, coupons etc on the phone via a secure SIM from the mobile carrier. Now, you can pay at NFC enabled checkout counters by simply tapping your phone to them!

New language support and updates – Windows Phone 8 will support over 50 languages, almost double those of current devices. All updates will also be PC-free, so you can simply wirelessly update your device without accessing a computer.

Miscellaneous – This Windows Phone 8 preview included just a handful of features, there are still many more changes like the ones below, changes that won’t be immediately noticeable.

There you have it, Microsoft’s brand new mobile operating system, what do you think about it? Please drop us a comment about the Windows Phone 8 Preview below.