HCL Technologies, one of the biggest Indian companies has just launched its brand new tablet, the HCL ME Y2. This curiously named tablet is apparently a successor to the HCL ME Tablet X1 and features better hardware. The HCL ME Y2 is a 7 inch tablet much like the upcoming Google Nexus 7 and will be competition to it. It’s not looking to compete with the 10 inch tablets like the new iPad or the Samsung Galaxy Note 10.1. The HCL ME Y2 3G Tablet will come preloaded with a bunch of apps tailored for the Indian market but HCL has not yet announced whether the ME Y2 will be able to access the Google Play Store. This might be a deterrent to some, but if you’re not much of an app user and mainly want internet connectivity and entertainment, this could be the tab for you. 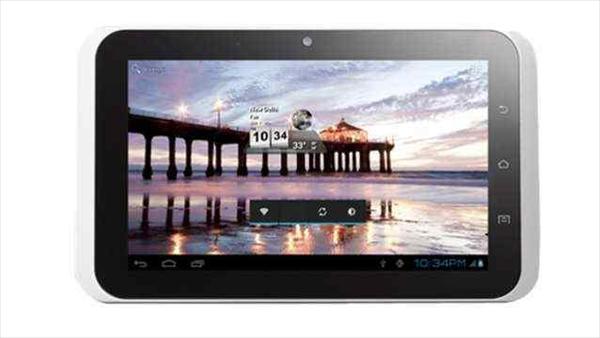 The HCL ME Y2 3G comes with a lot of connectivity options. Needless to say it supports Wi-Fi, but it also has a SIM card slot that enables 3G data transfers. It also supports Bluetooth for attaching headsets, and includes a mini HDMI and mini USB port to attach peripherals. The cool thing is, it comes with a subscription to the Hungama network for 3 months which lets you download unlimited songs and movies. Additionally, the HCL ME Y2 3G Tablet will be able to stream unlimited movies from Bigflix for just Re. 1 a month! It is priced at Rs. 14,999 and will directly compete with the Google Nexus 7 which will be sold at Rs. 17,690. Let’s have a look at the specs:

So what do you think, is the HCL ME Y2 3G Tablet any competition to the upcoming Google Nexus 7? Drop us a comment below!