Sony is no stranger to the tablet market. In late 2011, it launched 2 tablets called Sony Tablet P and Sony Tablet S. The former came with two 5.5 inch screens and the latter came with a 9.4 inch screen. Both tablets ran on Android Honeycomb and were praised for their unique designs. By the end of April 2012, the Sony Tablet S received an Android 4.0 Ice Cream update as well. Both these tablets had quite distinctive and appealing designs. The Sony Tablet P incorporated a clamshell design which housed two 5.5 inch screens. On the other hand, the Sony Tablet S came with a more conventional single screen design but the body was uniquely asymmetrical and resembled a magazine folded backwards upon itself so that only a single page is visible. According to Sony, this design enabled users to hold the tablet for longer and offered better stability. 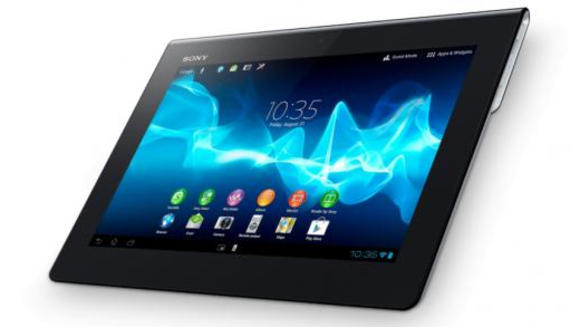 The Sony Tablet P and Sony Tablet S both featured similar hardware, namely a Nvidia Tegra 2 SoC which had a 1 GHz ARM Cortex A9 processor, GeForce ULP GPU, 5 MP rear facing and 0.3 MP front facing cameras. They both came in 16 GB and 32 GB variants to which 32 GB could be added via SD card. However, the Sony Tablet P came with 4 GB RAM. From a leaked presentation, plans for a successor to Sony Tablet S were revealed and recently pics have surfaced as well. The new tablet now comes with the Xperia branding and will most probably be launched at IFA 2012. The hardware has been upgraded but the Sony Xperia Tab retains its predecessors unique folded design, although is is thinner and lighter. Check out the beefed up specs:

The Sony Xperia Tab looks interesting, with its predecessor already having received good reviews, we can count on Sony to only improve it further. Initial impressions are positive and with Sony claiming battery life of 10 hours, we could have a winner on ours hands. Could the Sony Xperia Tab eat into the iPad’s market? What do you think about it? Let us know!