It’s been 8 years since the previous generation of consoles began and it’s finally time for the next wave! This was the longest console generation and it’s good to finally see some new hardware. Not to take anything away from the current consoles, but with interactive gaming and UHD screens gaining momentum, there’s bound to be some changes incoming on the hardware front. Nintendo has already got a headstart this time by releasing the Wii U earlier than its competitors Microsoft and Sony. However, in terms of internals, the Wii U hasn’t got that much too boast about as the processing power is about on par with current generation consoles. Nintendo is going another way and not really playing the specs game, just like with the Wii last time around. It did pay off though, the Nintendo Wii sold more units than both the Xbox 360 and PlayStation 4. This time around, however, there’s a couple more contenders in the console wars even though they’re not exactly conglomerates like Microsoft and Sony. So read on for the upcoming game consoles of 2013!

The inevitable successor to Microsoft’s extremely successful home console has been doing the rounds sometime since E3 2012, and has been apparently codenamed “Durango”.  Lately, rumors have been floating around that it would be launched at E3 2013 and will be available in stores by November 2013, and another rumor says that it will be revealed in GDC 2013 in March. It seems likely that Microsoft would want its new console to take over Holiday 2013 season, so it’s not that much of a long shot. Tech wise, the Xbox 720, if it will indeed be called that, is said to be quite similar to a high end PC. It’s said to come with an octa core AMD based processor, an AMD 8000 series based GPU and about 8 GB of RAM. No word on storage yet, but we’re pretty sure it’s going to use Blu-Ray discs as optical media.

In terms of exclusive tech, the next Xbox is said to come with an advanced version of the Kinect motion sensor, which will be more sensitive and will offer far greater control. Microsoft has also demoed an awesome new concept called Illumiroom which basically extends the view of games on your screen to the whole room by projection. It may or may not make its way to the launch, but fingers crossed for it to at least come later as an addon. Coupled with the fact that the Xbox 360 was arguably the console of choice for hardcore gamers, the Xbox 720 might just be the most anticipated of the upcoming game consoles of 2013.

The PlayStation 4, codenamed “Orbis” is also supposed to come out during Holiday 2013 with similar reveal dates to the next Xbox, but apparently Sony is pushing it to be on shelves earlier than Microsoft’s offering. Hardware wise, there’s rumors of Sony introducing a new hybrid Dual-Shock controller that can be separated into two to form PlayStation Move sticks. Also, there might just be more feedback than only vibration, some sources claim a temperature feedback as well. This time around Sony has also gone with a internals resembling a high end PC since it took a while for developers to get used to the PlayStation 3’s Cell architecture. The PlayStation 4 is said to pack in an AMD APU (CPU+GPU) combo which includes a quad core processor and 2-4 GB of VRAM, no word on storage or system RAM.

The first crowd funded gaming console looks to be the most affordable of the upcoming game consoles of 2013 and it’s the one that’s going to release the fastest too. This tiny console has the distinction of being completely open to rooting and mods and will allow gamers to develop and publish their own games on the network, free of cost. It’s a big step forward for content delivery and freedom, even though it’s not all that powerful hardware wise. The first of 3 Android based gaming consoles to be launched this year, the tiny OUYA could do some big things if everything goes well. It’s packing in a Tegra 3 based SoC with 1 GB of RAM and 8 GB of internal flash memory along with USB expansion ports, similar to the Google Nexus 7. For 99$, the OUYA is a boon for budding game developers. 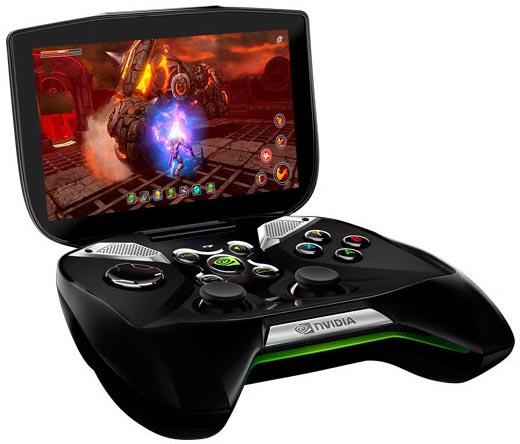 Nvidia’s new handheld console will be the flagship for its next generation Tegra 4 mobile processing unit line. This quirky looking handheld console has got enough power to bring Android games to the next level and it doubles up as a full fledged tablet as well. The most portable of the lot (considering the OUYA needs a screen to function), Project Shield has the added advantage of being able to stream full fledged PC games from a compatible system and after seeing how the games look, its only testament to the fact that Project Shield is really powerful. Furthermore, there’s LTE support as well as full 4K UHD video output, so it’s future proof as well. 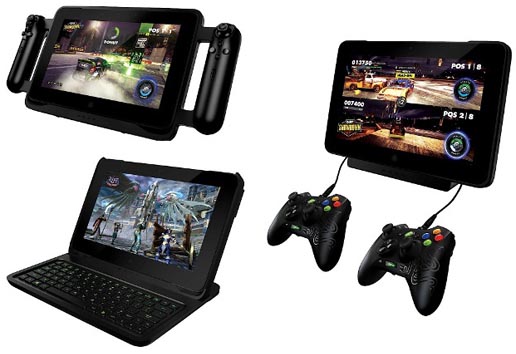 One of the few products to see a successful change from prototype to production with the help of public input, the Razer Edge, previously called Project Fiona (yes, odd name) could be a game changer because of the fact that it’s such a versatile device. More of a computer than a console as such, it can be used as a tablet, laptop, home console or entertainment center, so the Razer Edge has the advantage of adaptability. Even though it’s technically a portable device, it packs in desktop level power and can do much more than just play games. Add to the fact that it runs a full version of Windows 8, and you’ve got a truly hybrid device. The Razer Edge specs are exciting of course, but with the possibilities of playing PC games on the go and in different ways, Razer could very well have created a true blue must have gamers device.

5 upcoming game consoles of 2013 with different strengths and weaknesses, what would you choose and why? Let us know via the comments below!