Those who’ve been following Razer since CES 2012 would have some inkling of what was called “Project Fiona”. Originally revealed at almost the same time a year ago, Razer aimed to create a gaming device by gamers and for gamers. After taking numerous surveys and finally deciding upon specs and design, Project Fiona was revealed to indeed have seen the production line as Razer Edge. The Taiwanese manufacturer has basically created one of the most versatile full fledged gaming devices that can be considered both a handheld gaming device as well as a home console. Read on for the Razer Edge specs and details! 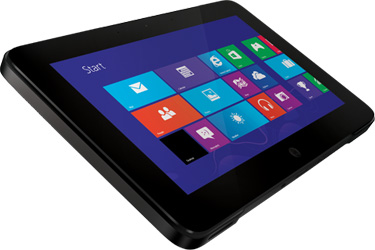 So what is it exactly? It’s basically a 10.1 inch screen tablet that packs in some serious hardware a la the Microsoft Surface Pro. But unlike the Surface Pro, Razer Edge will pack in a discrete GPU that is capable of playing all current games. Apparently, even games like Dishonored and DiRT 3 run at a steady 60 FPS with default settings, which is great. Furthermore, it’s powerful enough to be converted into a full fledged PC and console, but more on that later. There’s basically 2 models of the Razer Edge to choose from, the Razer Edge and Razer Edge Pro, here’s the specs: 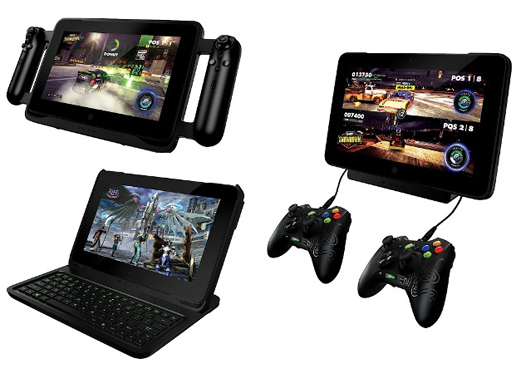 Yes it’s primarily a gaming tablet thingy, but since it has desktop/laptop level specs, you can run any and all programs that run on your PC. So in a pinch, you can actually get some work done on this thing, but that would be rather weird, we think. One of the biggest strengths of the Razer Edge is the ability to be converted into different types of devices. There’s going to be a load of peripherals available like the keyboard dock that can turn it into a laptop computer. Then there’s the gamepad case which would add analogue sticks and buttons to the side of the device so it can turn into a pure gaming device. Finally, since there’s an HDMI out and the provision to connect extra contollers, you can hook up the Razer Edge to your big screen TV and turn it effectively into a home console, or for that matter, a home entertainment system!

The best part is that there’s literally thousands upon thousands of PC games and softwares already out there, so you have no need to worry about content. It’s interesting to note that Windows 8 seems almost perfect for this kind of device and its touch + regular functionality enable the Razer Edge to be a really versatile device. Quite honestly, for the package you’re getting, the price isn’t all that much. The Razer Edge is supposed to hit stores sometime in Q1 2013, but a few of the peripherals like the keyboard dock won’t make it until Q3 2013. Nevertheless, the fact remains that Razer has created a fantastic device and we can’t wait to get our hands on it. Tell us what you think about the Razer Edge specs and details, would you buy one?