Gone are the days when the best media players in the world were Walkman. In the recent couple of years the Walkman brand and market have fallen due to so much competition. After the release of Apple’s iPod, the market has been captured by it. Sony has been working around to get back the brand popularity like before and hence we see this outcome. Sony recently added four new series in the Walkman family named as Walkman E570, Walkman E470, Walkman F800 and Walkman S770BT. The new Walkman promises its users the power of Android and premium sound quality of Walkman as it features Android v4.0 ICS. It also ropes in Bluetooth for media transfer, xLoud enhancement, drag and drop media transfer and Music unlimited from Sony Entertainment Network. On subscription Sony Entertainment network using provides its users access to over 14 million songs, basically a cloud based music service. So here’s the 2012 Sony Walkman Series!

The Walkman F800 is something which has features which go way beyond the definition of music players. This series has wonderful features that hardly any media players do. It runs on NVIDIA’s Tegra 2 dual core processor with Android 4.0 Ice Cream Sandwich. It has a high response 3.5 inch multi touch screen and comes along with few preinstalled apps.

Thanks to the addition of Bluetooth the media content transfer, connecting Bluetooth enabled devices like headphones and car stereos makes music available even on the go. The S-Master digital amplifier cuts down the unwanted distortion or basically gives a noise reduction experience to its users for crystal clear music. While browsing or gaming the dedicated Walkman button gets you straight to the music player application. This series comes in 8GB, 16GB and 32GB storage models. Approximate video playback is about 4.5 hours and music playback is about 20 hours. 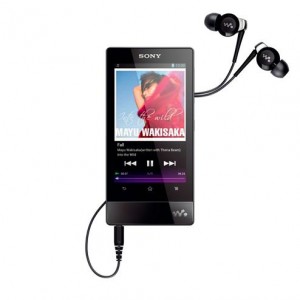 With the E470 series Sony brings the thinnest Walkman ever into the market which is just 7 millimeters thick. It comes in with two pre installed games and a 2.0 inch LCD screen. The Walkman E470 has premium sound quality and delivers crystal clear sound. It also comes with Karaoke mode with synchronized lyrics. It includes silicon premium ear bud headphones in its package. Its approximate video playback is 6 hours and music playback time is about 36 hours. 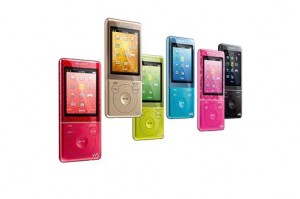 The package includes a color matched wireless Bluetooth headphones. Gone are the problems of tangled wires or placing your Walkman in your pockets due to the limited wire length. Even with the Walkman in your bag or pocket the users can control the volume or skip tracks with the controls available on the chord. It can also stream high quality music to compatible Bluetooth devices nearby it. 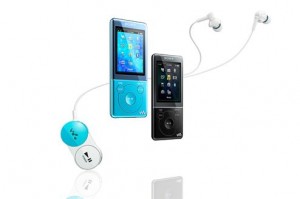 This series has the power to give its users pure, enchanting and wonderful music experience. Thanks to the digital noise cancellation technology and noise cancelling headphones it can reduce the noise distortions by 98%. Its approximate video playback time is about 6 hours and music playback is for about 36 hours. 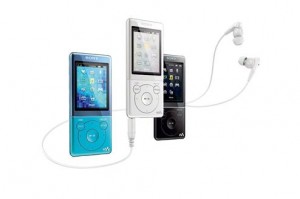 The 16GB and 32 GB versions of the F800 series cost approximately $269.99 and $299.99. Where as the 4GB,8Gb and 32GB versions of the E470 costs approximately $79.99, $89.99 and $109.99. Sony’s efforts to make Walkman the best portable media player available got the buyers the trust of Walkman and power of Android in their hands. But how far will this strategy work for Sony? Will this help Sony regain the top slot again? Please let us know your views on the new 2012 Sony Walkman Series by your comments.