Welcome to the CoolPCTips DiRT Showdown PC review! The DiRT series by Codemasters has been synonymous with Rally Cross. In fact, until DiRT 2, the games were under the long running “Colin McRae” moniker. For the uninitiated, Colin McRae was one of the greatest Rally drivers of all time, who met his unfortunate demise in 2007. DiRT Showdown is a departure from the mostly simulation based series and is instead termed an “arcade spin-off”. Fret not, DiRT 4 is set to release sometime in 2013 and will go back to it’s original rally simulation roots.

So then, what’s different in DiRT Showdown? Well most of it, actually. Other than the “DiRT” name, most of the game is quite different. Think of it as something like offroad racing meets Burnout. Also, it’s more of a multiplayer oriented game and the most fun is to be had online or with a bunch of friends. That’s not to say the single player is entertaining, but it’s a departure from the usual DiRT fare. One other major difference is that licensed cars are available only in multiplayer mode. 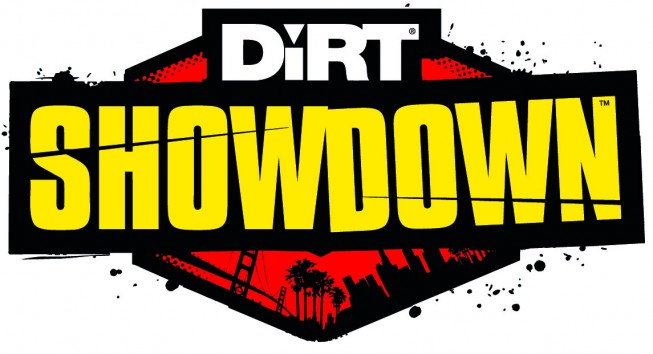 Anyone who’s played any one of the DiRT games knows that if there’s one thing Codemasters will be remembered for, it’s the slick presentation. The menus and general presentation is as fantastic as ever and you’ll love the dynamic, shifting menus and colorful load screens. Sure beats looking at a static screen and menu by a long shot. Like we mentioned earlier, DiRT Showdown is more of a spinoff than a sequel. Keeping that in mind, if you can just momentarily forget it’s a DiRT game, you’re in for some fun. The controls are much more arcade like and Burnout fans will feel at ease here. There’s nitro boost as well and coupled with a good drift, you can pull off some slick tricks. You also get a health bar which once depleted, takes you out of the race. Most of the tracks are rather small as well and the gameplay has a generally frantic, party-like feel. Also, there’s not much progression, you earn money, buy fictional cars and upgrade em’. It’s more like a collection of races and modes rather than a tiered challenge.

DiRT Showdown features a host of modes that have a dash of Burnout thrown in as well. Racing and Demolition are the singleplayer modes while Party and Hoonigan are the multiplayer modes.

Racing
Race-Off — Simple enough, a straightforward race between 8 cars with a few jumps and obstacles thrown in for good measure.
Domination — A points-based mode of play where the circuit is divided up into four sectors and players are awarded points for setting the fastest sector times. The winner is the driver who finishes with the most points, rather than the first player across the line.
Elimination – The classic elimination mode, after each lap the last driver is taken out from the race.

Demolition
Rampage — Smash and crash 7 other cars and gain points to demolish them.
Knock Out — A variation of the Rampage mode, here cars spawn on an elevated surface and pushing other cars down nets you extra points.
Hard Target — Something like the Juggernaut mode in Halo, the player is in the center of an arena and multiple cars try to destroy him. The person who survives the longest wins.
8-Ball — Similar to a normal race, except track portions overlap and players might bump into other cars in these intersections.

Party
Smash & Grab – Think of it as capture the flag. One team carries “loot” and the other team tries to take it away by crashing into them. The team that holds the “loot” for the longest wins.
Transporter – Another capture the flag type mode, players must bring the most flags to the base in a limited amount of time.
Speed Skirmish – Players have to complete a race with 6 checkpoints in any order they so desire as fast as possible. 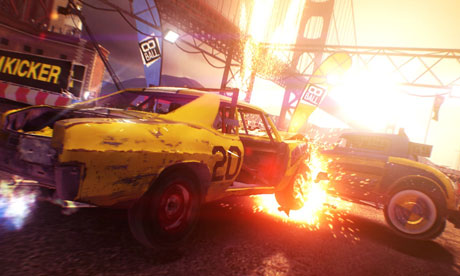 The previous DiRT games were really good looking and DiRT Showdown is no exception. It looks quite similar to DiRT 3, but we’re not complaining, it’s still a great looking game. The only thing we feel could be better are the environments. DiRT 3 had absolutely stunning environments and it would have been great to see that level of detail here as well. Cars get demolished in spectacular fashion as well and the designers could go all out a with the freedom of not having licensed vehicles.

Coming to sound, let’s look at the soundtrack first. We enjoyed the pick of dance/rock/punk tracks and hey, it has Rise Against too! The tunes are catchy and make for good listening during those crazy races. Car sounds are pretty good as well but nothing like the realistic DiRT 3 sounds. Here’s the annoying part, there’s a running commentary that can really get on your nerves. The guy always sounds like some overexcited spring break teenager and it can be distracting and annoying. But hey, there’s always the mute button, right? 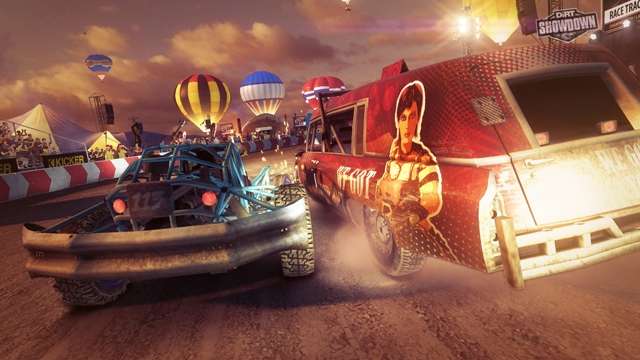 DiRT Showdown is by no means the best racing game out there but it’s pretty darn fun and is best when played multiplayer locally or online. Long time DiRT fans might be turned off by the complete change in direction, but people who don’t mind and who’ve never played any of the DiRT series and are looking for a fun racing game would enjoy this game!

Please drop your queries and comments below and let us know what you thought of our DiRT Showdown PC review!