The Nokia Lumia 520, launched more than a year ago in February 2013, was mostly responsible for the sudden boom in Windows Phone devices. It may not be much compared to say, Android’s domination, but basically, a lot of Windows Phone’s success can be attributed to the Lumia 520. Targeted mostly at cost-sensitive markets like India, China and Brazil, it may not have the best specs, but was a great starting point for those skeptical to move to a new platform. Nokia launched the Lumia 525, a very minor update to the Lumia 520 in between, and bumped up the RAM to 1 GB, but the rest of it pretty much remained the same. We finally have a successor to the super popular Lumia 520, called the Lumia 530 (surprise, surprise!). Here’s more about the new budget contender from the folks at Redmond. 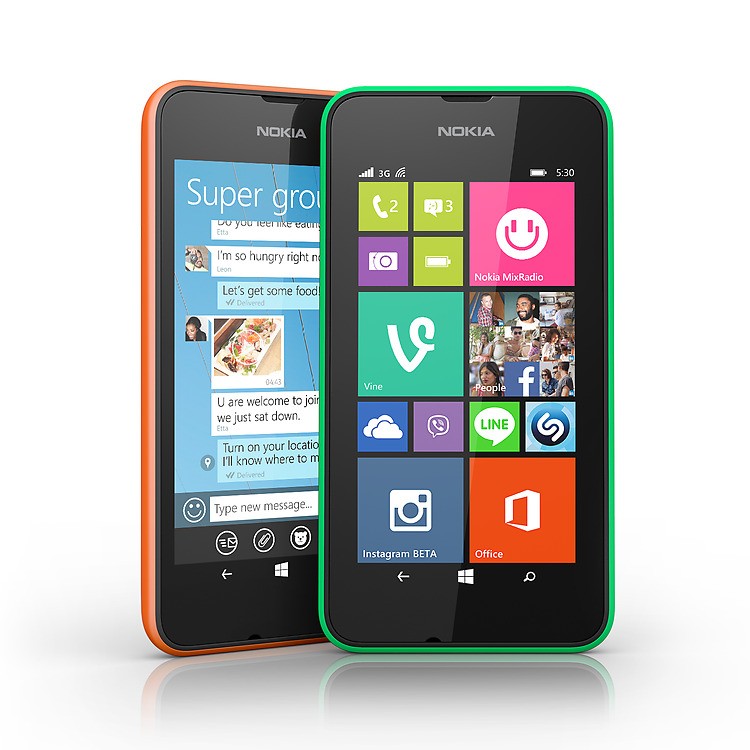 Dethroning the Lumia 630/635 as the cheapest Windows Phone running the latest version, 8.1, the Lumia 530 may not boast of of crazy specs, but does get Microsoft’s latest mobile experience to the masses. Considering the stiff competition it faces from the excellent Moto E, Asus ZenPhone 5 and its own sibling, the Lumia 630/635, the Lumia 530 has a more difficult task at hand this time around. Sporting a trademark brightly colored new body, a slightly improved screen, a dual SIM version and expandable storage support upto 128 GB via MicroSD, the Lumia 530 is a fairly close competitor to the Moto E. However, the Moto E still boasts of double the RAM and a slightly higher resolution screen. Here’s the full specsheet:

With Indian manufacturers launching great Windows Phones at low prices, like the Micromax Canvas Win W121 and W092 and the XOLO Win Q900S, the Lumia 530 may not be the budget buyer’s first choice, but then again, the Nokia brand does appeal to many. The Lumia 530 will be available worldwide in August for $115.