In the recently concluded WWDC (World Wide Developers Conference), everyone expected information about a new iPhone what with all the spy photos and renders floating around the internet. While there were no announcements about iPhone 5, we at least got to see iOS 6, Apple’s next generation operating system which will power the upcoming iPhone and any other devices in addition to certain models of the current lineup.

Along with iOS, Apple showed off the brand new MacBook Air which is basically same as the last generation MacBook Air save for a few internal changes. A big surprise came in the form of the new MacBook Pro, Apple’s topmost laptop computer range. The new MacBook Pro saw a large amount of changes and now features Apple’s Retina Display! Even with all these changes, the prices have been reduced a few hundred dollars. Read on to find out more about all the new products:

The much awaited new proper update to iOS will finally see the light of day sometime around September-October. Touted to have over 200 new features, iOS 6 also changes the UI around a bit. While not all features will be immediately apparent and will be more along along the lines of small tweaks, some features are very welcome and noticeable. Let’s run through some major features and changes, shall we?

Facebook Integration – Now Facebook is completely integrated with iOS 6, so you can post status updates, photos, tag locations and much more with a single login at the settings page. Even your iOS contacts will be synced with Facebook friends and the “Like” option will be available on the Apple app store as well.

Maps – Apple has finally ditched Google Maps for its very own maps and navigation application. Employing vector based graphics; this new application features much faster rendering and will include 3D renders and flybys of cities as well! Voice navigation and traffic updates will be available for select cities too.

Mail – You will now be able to prioritize mails according to flags, select which mails you want to receive notifications for and highlight mails from a particular sender.

Siri –  Siri is now much more capable and will be able to answer a wider range of questions and supports a larger number of languages. You can also launch an app by saying it’s name. Furthermore, Siri can be used to compose messages, tweets and Facebook statuses including automatic name tags according to your contacts!

Call Features – Although not a new feature with respect to other phones, you will now able to reject calls with a template message and even set a reminder to call back at a certain time.

Do Not Disturb – You can now set a do not disturb mode where the phone doesn’t even notify about messages/calls and the screen doesn’t light up. However, you can set the phone to notify when a certain contact sends a message or calls you.

Apart from these features, the App Store boasts of a new look and Facetime will be usable over 3G networks. There are a lot more changes in the camera, video, interface, game center etc. too.

iOS 6 will be available on iPhone 3GS/4/4S , iPod Touch (4th Gen), iPad 2 and the new iPad. Needless to say, it will also be supported by any upcoming devices.

The thinnest and lightest offering from Apple just got even more compact! Even though it boasts of better specs, the new MacBook Air is going to be even thinner and lighter than the previous iteration. The external design looks pretty similar; it’s the internals that have changed. There will be 2 variants, the 11 inch screen and 13.3 screen variant. Screen resolution remains the same as previously at 1440 x 900. The keyboard and trackpad are also unchanged but work just as great. The biggest change physically is the inclusion of USB 3.0 ports which will of course be backwards compatible with USB 1.1/2.0. 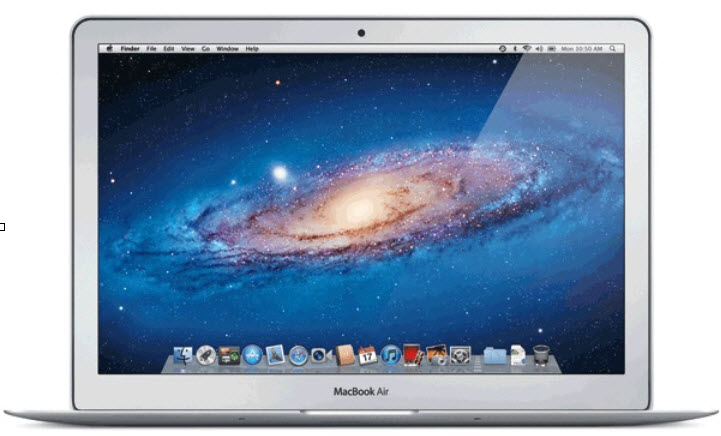 The MacBook Pro with Retina Display will run at a staggering 2880 x 1800 resolution, that’s almost 4 times the usual 1440 x 900 resolution displays and even leaves 1080P HD displays in the dust! All these pixels crammed in a 15.4″ display means the screen has a pixel density of 226ppi, far higher than any other laptop and qualifying as a Retina Display. In other words, you won’t be able to discern between pixels even if you try to. Other changes include a second Thunderbolt port, Apple and Intel’s trademark multipurpose port and an HDMI port. Ethernet and FireWire ports will be omitted, but Thunderbolt adapters for both interfaces will be available. This will also be the first MacBook Pro to ship without an optical drive and there will be only SSD options. Also, even though it has these awesome specs, it’s hardly 0.71 inches thick, compared to the MacBook Air’s 0.68 inches! 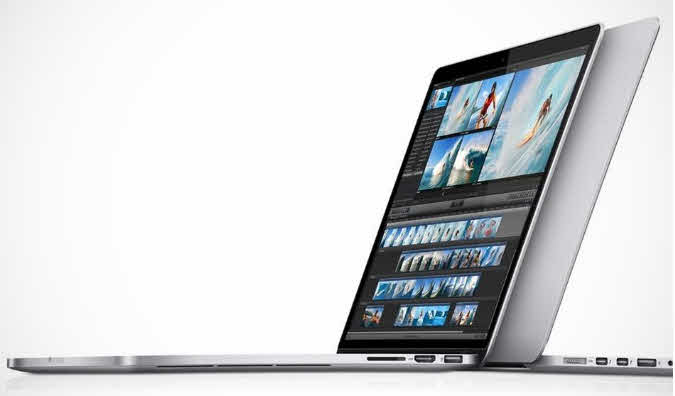 The MacBook Pro with Retina Display will be available in just one 15″ screen option, but you will be able to choose from lots of hardware options. They are as follows:

These are pretty awesome specs, but it doesn’t come cheap. Apple has always been slightly higher priced and the MacBook Pro will be no different. The base version will start from about Rs. 1,22,000 and go upto Rs. 1,60,000.

So, beefy specs and a fantastic display, worth it?